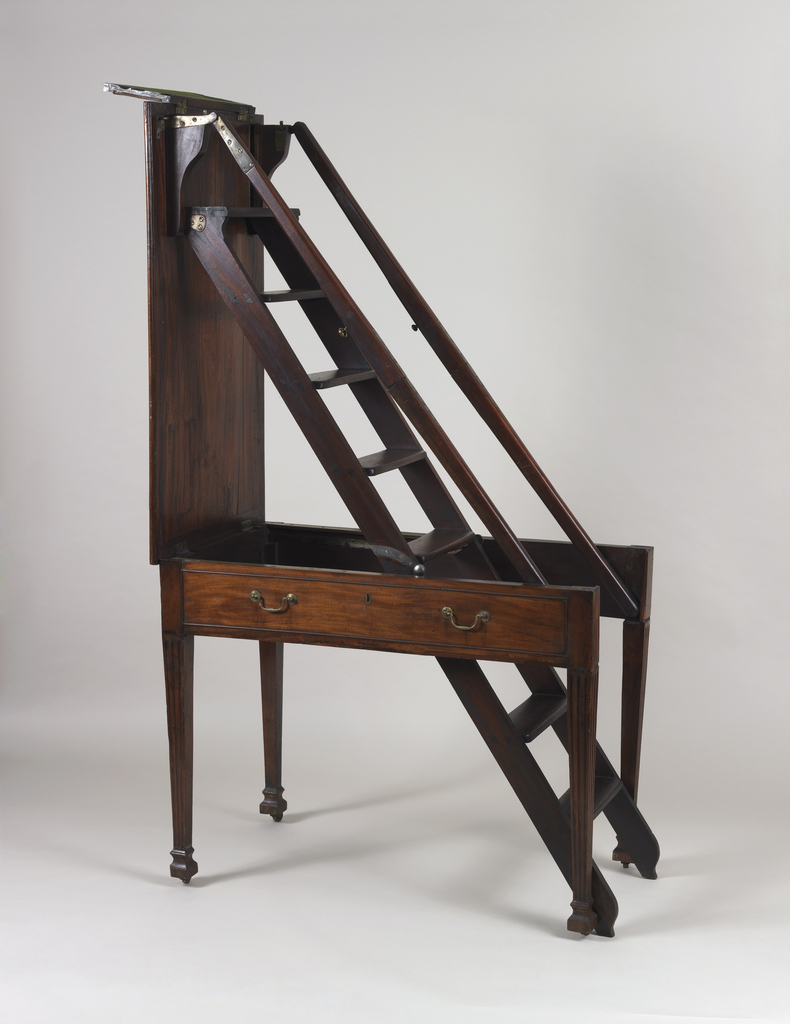 Posted by Rebekah Pollock on December 6, 2016

This cleverly designed library table conceals a nearly six-foot ladder, whose steps may be put up or taken down in mere seconds. It was built after designs published in 1793 by the London cabinet maker Thomas Sheraton, who in turn was inspired by a piece made by Robert Campbell for the private library of Prince of Wales (later George IV of England). During the eighteenth century, pieces of metamorphic furniture were sometimes described adjectivally as being “harlequin”, after the transformative nature of the Commedia dell’arte character Harlequin, who was capable of transmuting himself into another character, an animal, or even an inanimate object. The watercolor Interior of a Library, painted by an unknown artist in the 1830s-40s, also in Cooper Hewitt’s collection, shows a similar set of library steps but without a table.

The Metamorphic Library Table-Steps can currently be seen in Ellen DeGeneres Selects, on view in the Nancy and Edwin Marks Collection Gallery through May 21, 2017.