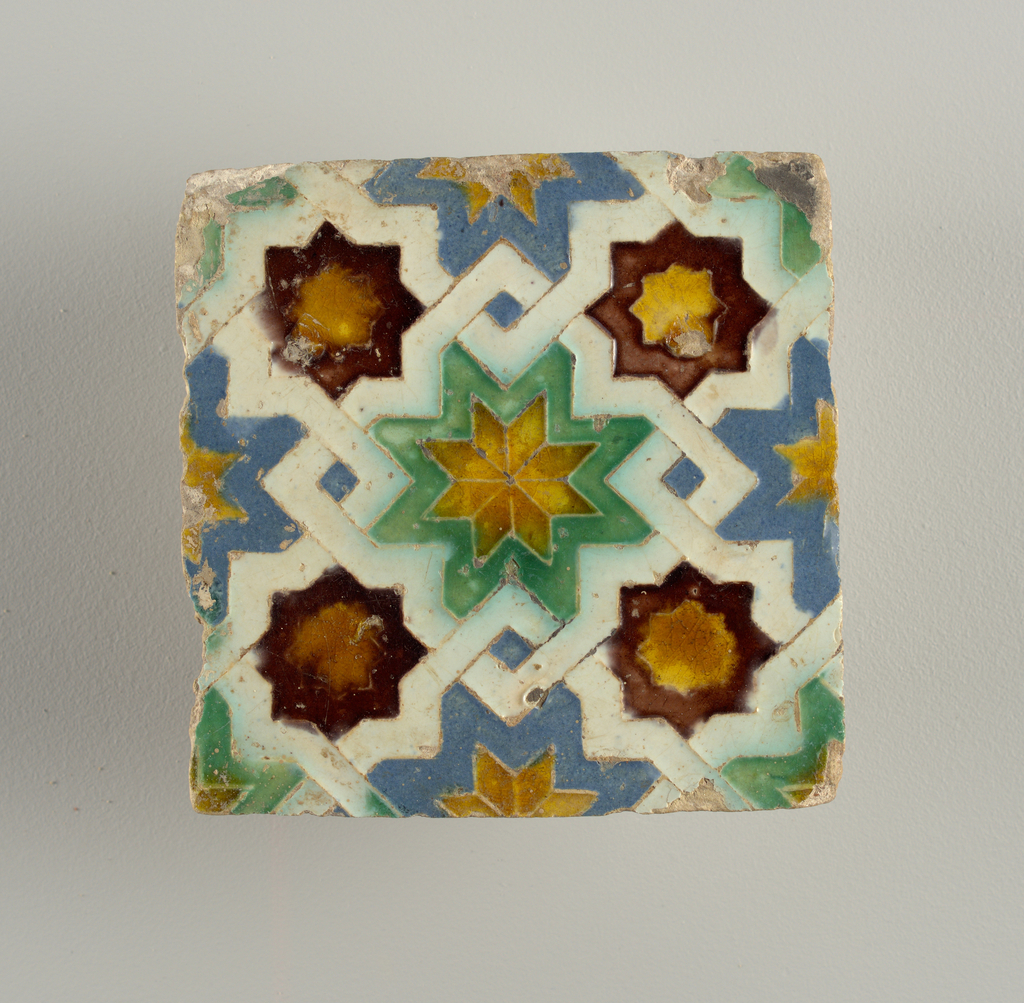 Posted by Catherine Acosta on November 3, 2016

Likely dating from the early to mid sixteenth century, this tile illustrates Spain’s rich multicultural design history. Spain’s remarkable decorative pottery tradition originated during the eighth century when the country was conquered by the Moorish Muslim troops of North Africa as part of the expansion of the Umayyad Caliphate. This sixteenth-century tile shows how influential Islamic design principles were on Spanish pottery, even after the Reconquista—the period of the Moors conquest to their dethronement in the fifteenth century. The sixteenth century was also a time of transition for Spanish pottery. One can identify the influences of Flemish and Italian immigrants to Renaissance ideas and the continual impact of the country’s remaining Muslim population on Spanish pottery design. [1]

The white interlace motif on this tile creates a pattern of diamonds centered on an eight-pointed star in green and yellow. Strong color contrasts make the tile visually striking. This tile would have been one of countless others used to decorate a wall or ceiling in order to create an abstract and complex geometric pattern. Geometric patterning is a key visual element of Islamic art as one of three types of non-figural decoration along with calligraphic and vegetal patterns.

Although stylistically diverse, the visual complexity of all-over patterning is also seen in Spanish lustreware (referred to as Hispano-Moresque ware) and textiles from this period. This preference for all-over patterning can in part be attributed to Spanish decorative art’s intimate relationship with Islamic art and culture. In addition, this is the period when the country’s colonisation of the Americas further enriched Spain’s cultural complexity as is mirrored in both Spanish and Mexican Talavera pottery.