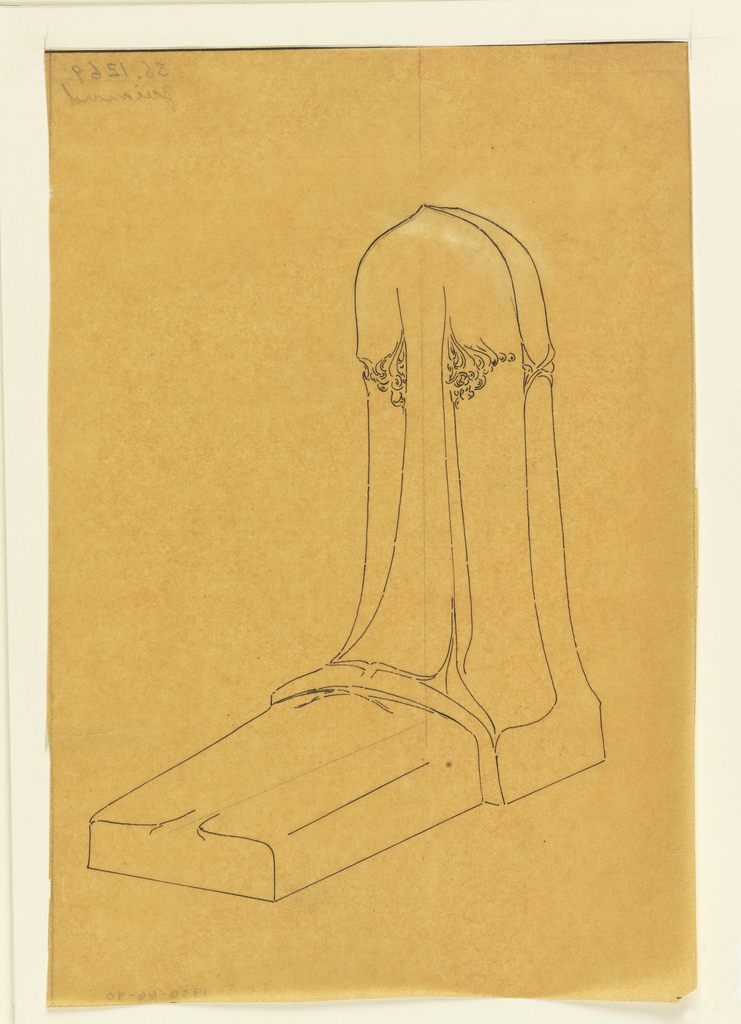 The entrances he designed for the Parisian Metro system in 1900 made Hector Guimard an icon of French design at the turn of the 20th century. Between the 1890s and 1930s, Guimard designed buildings and objects for the public and private spheres, both large and small in scale.  He is responsible for hundreds of decorative objects as well as over 50 buildings and interiors. A leading proponent of the German concept of gesamkunstwerk, his designs worked together to create harmonious spaces, from the outside in. If Guimard’s clients spent their waking lives surrounded by the stylized floral and foliate swirls characteristic of his oeuvre, why not also in the afterlife?

Guimard designed several sepulchers and tombs over the course of his career  The earliest, made for the Caillat family in 1899 and located in the iconic Père Lachaise cemetery in Paris, is the most characteristic of the Art Nouveau movement: his treatment of the stone transforms the hard material into a fluid, organic form, while a stylized bronze cross seems to bear some stylistic similarities to the medallions he designed for the Metro just one year later.  A later tombstone, designed for a model French Village he exhibited at the 1925 Exposition des Arts Decoratifs in Paris, shows a marked shift in style.  Nearly a quarter of a century after the flowering of Art Nouveau, Guimard began to strip away ornament in an attempt to distinguish himself from the pack.  He referred to this new, more restrained era of his work as “le Style Guimard.”

This tombstone design seems to straddle Art Nouveau and le Style Guimard.  The form itself is clearly related to that of the 1925 Expo tombstone and a sepulcher made in 1922 for the French poet Albert Adès, with the rigidity of the arrangement only further emphasized by the barely-visible perpendicular guide-lines in pencil.  In contrast, the headstone itself is more fluid, evocative of drapery that’s been pulled back where it meets the base, and it bears the curving and curling flourishes typically found in Guimard’s earlier work.