From Paper to Porcelain 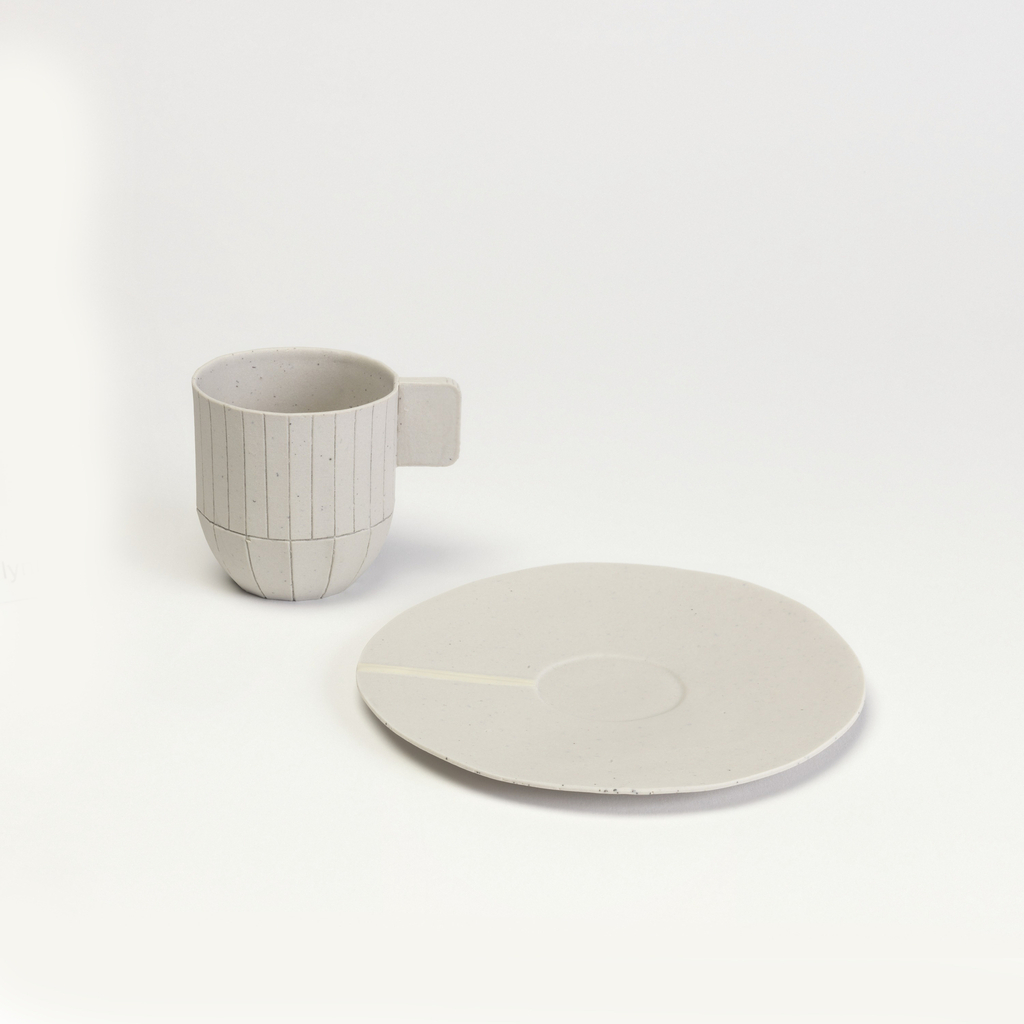 First, they sketched the forms, geometry, and color of the cups and saucers. The two-page concept drawing below, in Cooper Hewitt’s collection, was cut from the designers’ Moleskine sketchbook and dates to an early period in their design process, before they produced three-dimensional prototypes. Baijings tends to draw the cups, and Scholten draws the saucers. Next, they created three-dimensional concept models out of cut, folded, scored, and taped cardboard. The concept model below, also in Cooper Hewitt’s collection, demonstrates the precision and charm of the concept models. ← August Designgrams
View from the Stairs →