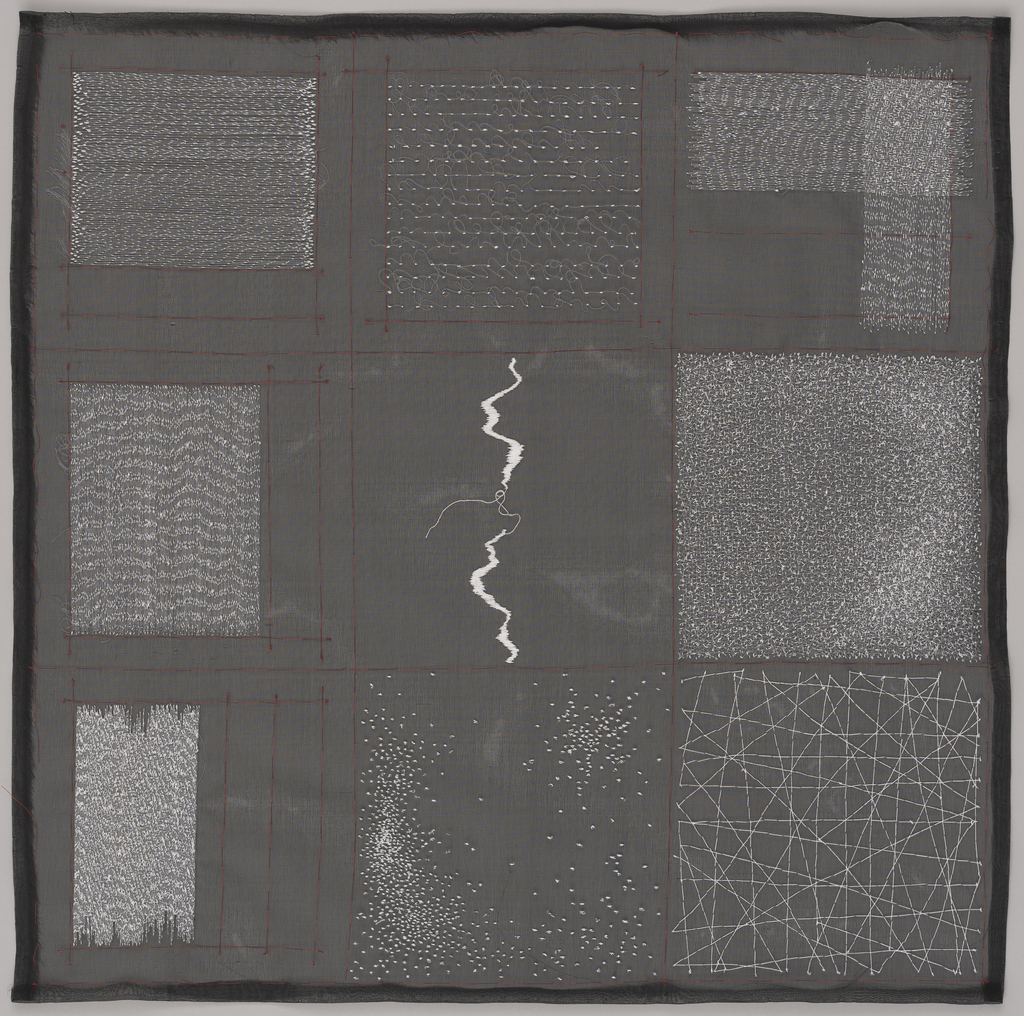 Heidrun Schimmel says that she has always been interested in the connection between fiber/fabric/textile and the human being, especially between the thread and the human. Perhaps a metaphor for human existence, stitching with thread tracks time, especially when employing the same type of stitch on the same type of cloth as Schimmel has been doing for almost twenty years. Working exclusively with white polyester/cotton thread and black silk organza foundation, Schimmel “draws” with a beautiful, even stitch, often building up the silk foundation with 20-30 layers of stitches. When the cloth is released from its embroidery frame, it can curl like birch bark due to the tension of the thread layers, which she uses to her advantage to create three-dimensional sculptures. Schimmel also “writes” with thread using the needle as her tool to form the calligraphic lines that cover the surface so expressively. Pinned to the wall as a series of squares, they appear like ancient text carved on the facade of a building.

In March 2015, Schimmel was selected to exhibit and demonstrate her work as one of only a dozen German master craftsmen in the “Living Studio” section of Munich’s Internationale Handwerkmesse. For her exhibit she had a square embroidery frame set up with the black silk organza foundation cloth, which she divided up into nine sections using a running stitch. This is the final result after seven days of work.

Within each section, she presents variations of her stitches, much like a historical sampler in which the embroiderer demonstrates her stitching skills. Schimmel’s sampler also shows how, without using color thread, one can better discern the individual character of the stitches as they move along the surface. Schimmel describes her process as “very simple and lets the thread and fabric find the final form through the combination of control and chance.”

← For Rooms Without a View
Easy Come, Easy Go →