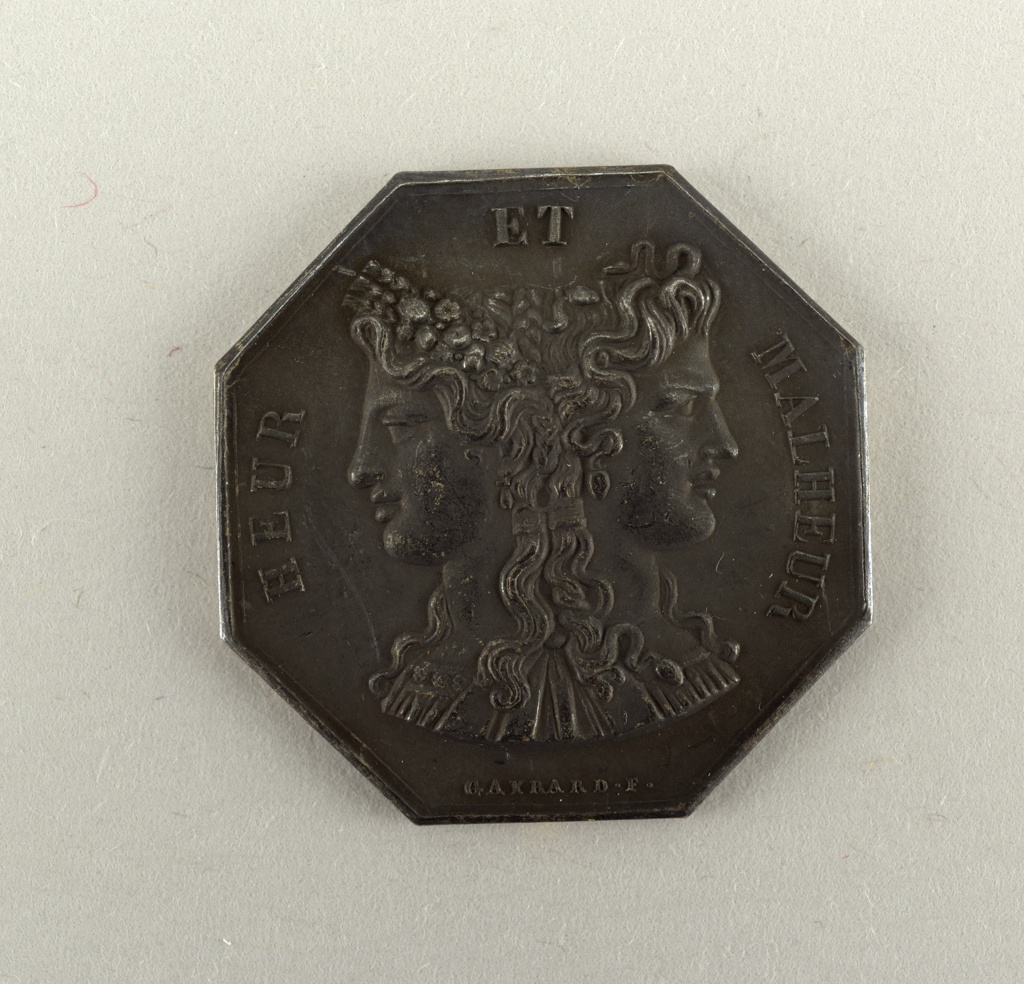 This gambling token, or jeton, features the double-faced god Janus. With one eye looking to the past and the other to the future, the ancient Roman deity oversaw change — including change in luck and fortune. This is precisely what a nineteenth-century gambler might have hoped for as he cast the silver piece onto a gaming table. The inscription Heur et Malheur (Happiness and Woe) makes plain the duality of chance. Such tokens would have been welcome in the notorious gambling rooms that lined the Palais Royal in the decades following the French Revolution. Sometimes referred to as the “sewer of Paris”, the square was known for licentiousness, petty crime, and for being a place where fortunes could be won — or more likely lost.

Gambling tokens evolved from reckoning counters, metal or clay disks used by Europeans as an accounting tool during the Middle Ages. In that period, Roman numerals were useful for recording numerical data but made complex arithmetic challenging. Calculations were made by arranging reckoning counters on a special cloth or board with ruled lines. Because a counter’s symbolic value could change depending on position, they were rarely marked with specified denominations. This left the surface free to be decorated with various messages and images. By the sixteenth century, Hindu-Arabic numerals had largely replaced Roman numerals in common usage. Counters were no longer required for arithmetic but continued to be produced specifically for gambling. Since that time, jetons representing money being wagered have been used by gambling establishments to disassociate gaming from real financial risk, thereby encouraging excessive spending.