The Clay Prophet: Ceramics from Wonderland 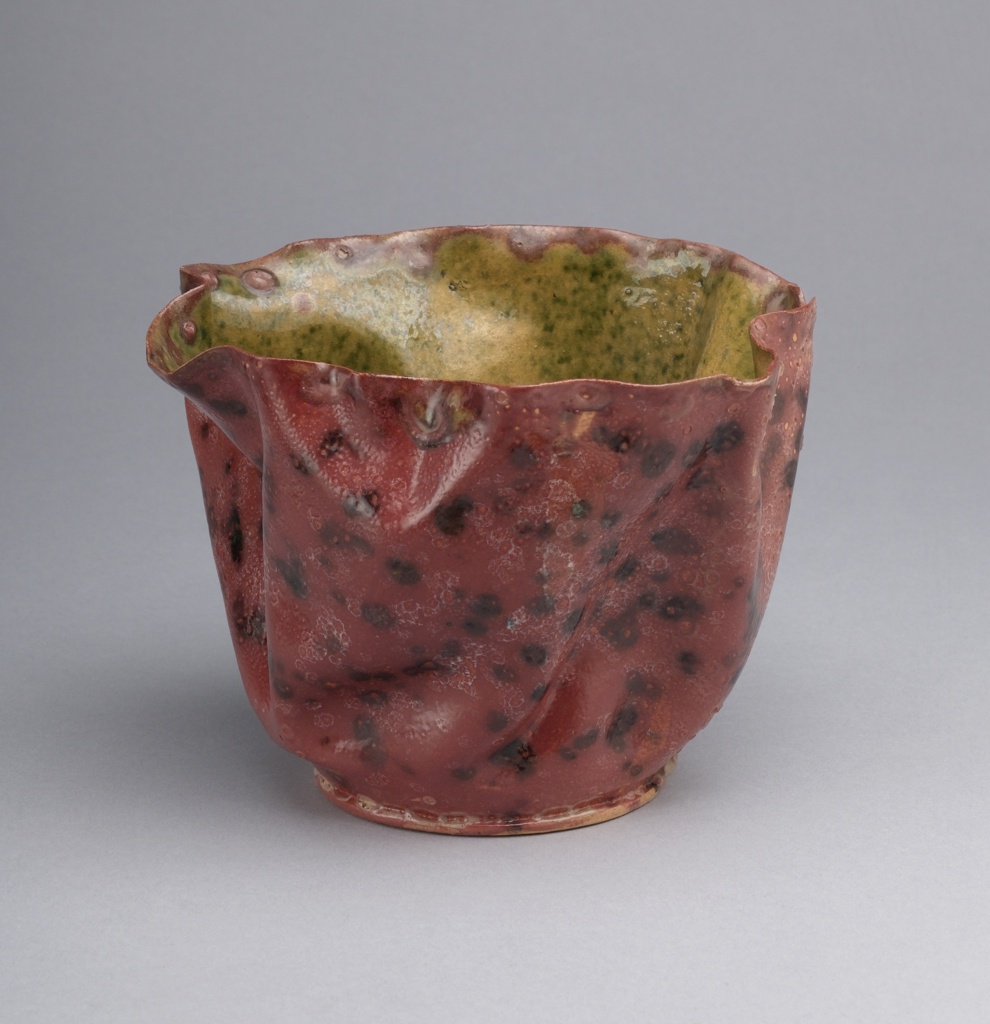 You might have to travel through the looking glass to find the Mad Hatter, but in the late nineteenth century, you’d only have to travel to Biloxi, Mississippi to find the self-titled “Mad Potter.” Just don’t try to use one of ceramicist George E. Ohr’s  bowls, like the one seen here, at your un-birthday party. Ohr’s pottery is not symmetrical like traditional wheel-thrown ceramic pieces; the papery-thin walls of this bowl, for instance, twist and writhe, challenging the functionality that the bowl itself implies.

This bowl (dated 1893-1909) is made of painted and glazed earthenware. The unrefined river clay for this bowl likely came from the banks of the Tchoutacabouffa River, near Biloxi, where Ohr hand-dug much of the material for his pottery. Ohr threw this bowl in his Biloxi studio that he built himself. He processed his hand-dug clay with a homemade mill, threw his pots on a homemade wheel, and fired them in a homemade kiln. He even developed many of his own glazes. This imaginative bowl is entirely Ohr’s creation from start to finish, which might be why he called his pots his “mud babies.”[i]

Unfortunately, the reception in Ohr’s time to this bowl and the rest of the oeuvre was chilly. The free-form swivels and folds of this bowl and the loud, unabashed glazes are hallmarks of Ohr’s pots, but they also made his pieces very different from traditional ceramic work. This glazed earthenware plate from 1878-85 is an example of a contemporary foil to Ohr’s work.

Clean and symmetrical, this plate features a standard, inoffensive shape. Its decorative glaze depicts traditional flora and fauna forms. With ceramics like this in mind, Ohr’s contemporaries misunderstood Ohr’s creativity and mental acuity, writing him off as “just plain hokey”[ii] and accusing him of “torturing clay into such grotesque shapes that… cry out in anger and anguish.”[iii] For his part, Ohr accepted that people didn’t like his work and had a healthy sense of humor, often at his own expense: a sign outside his pottery shop advertised, “Get a Biloxi Souvenir, Before the Potter Dies, or Gets a Reputation.”[iv] Yet he prophesized future recognition for his artistry, saying, “When I am gone, my work will be praised, honored, and cherished. It will come.”[v]

After his entire body of work was unearthed from an auto body garage in 1968, Ohr’s pots made a comeback. His pieces have been collected by the likes of Jasper Johns, Andy Warhol, and Steven Spielberg, as well as museums across the country. Because every piece strongly conveys the presence of the artist’s hand in shaping and decorating such original pots, the celebrity of the objects has led to the long-awaited recognition of the artist’s genius. Ohr’s time has come.

← London Transport Posters, from Avant-Garde to Commercial
Let’s Hear it for the Man →