Not Your Grandmother’s Chippendale Chair 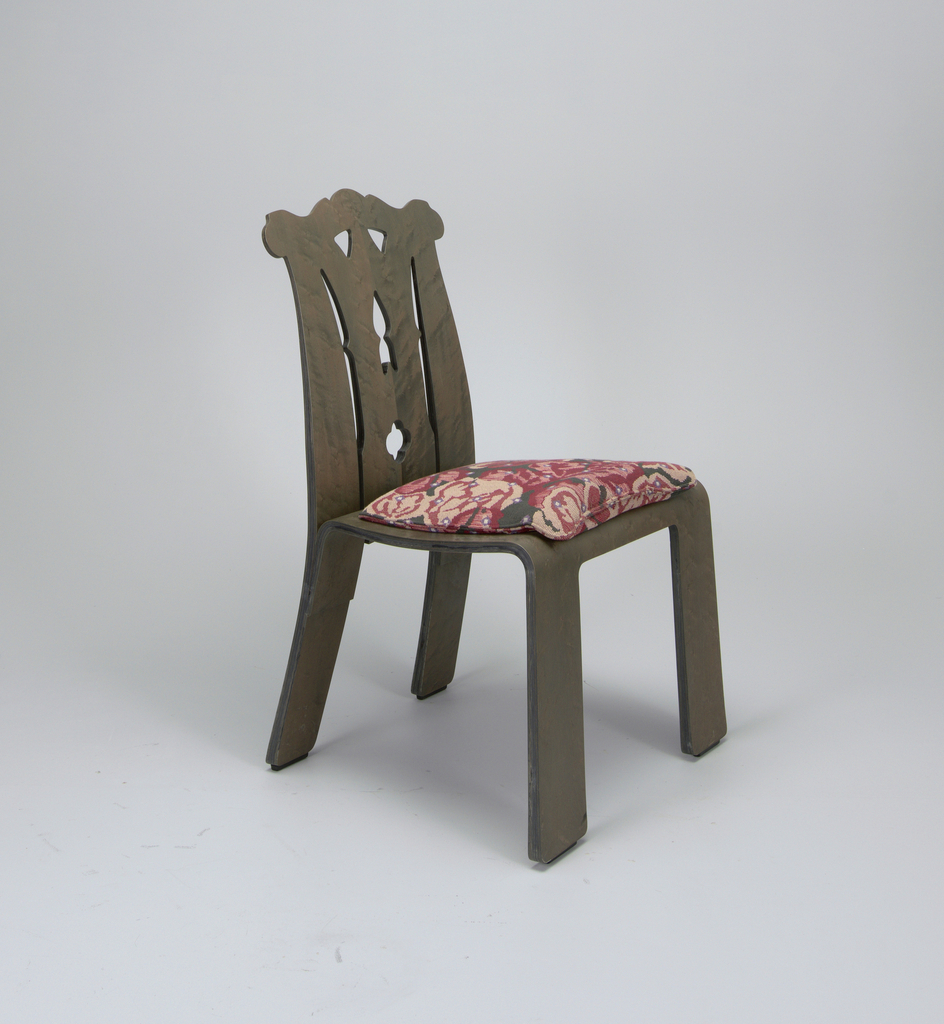 Since the publication of his 1966 treatise, Complexity and Contradiction in Architecture, architect Robert Venturi has been considered one of the founders of Postmodernism. Venturi challenged the modernist prejudice against ornament and traditional decorative styles, and questioned the maxim “form follows function.” The Chippendale Chair is one of a series of nine chairs in historical styles he created for Knoll International in the mid-1980s. The group served as a “manifesto of postmodern historicism,” their witty and humorous plywood forms referencing historical shapes and ornament.

The Chippendale Chair is a contemporary homage to its namesake’s style, mimicking an ornate eighteenth-century side chair, but here, the sculptural curves and carved flourishes of period styling are reduced to outline and suggestion, as seen in the flat shapes and cutouts of the functional, planar, molded plywood frame. The form, laminated in a dark “bird’s eye maple” finish, is embellished with a simple square seat cushion covered in the richly colored abstracted floral pattern of a Venturi-designed textile also manufactured by Knoll.

Ultimately Venturi’s furniture collection for Knoll included the chairs, a sofa and tables that interpreted several major historical styles, from early eighteenth-century Queen Anne to 1930s Art Deco, each form breaking down barriers between traditional and modern design while conforming to contemporary standards of function and comfort.

This week, we are celebrating work of National Design Award winners, on the occasion of the announcement of this year’s honorees. The annual Awards program celebrates design, in a variety of disciplines, as a vital humanistic tool in shaping the world. Architects and husband and wife, Robert Venturi and Denise Scott Brown won the Design Mind Award in 2007.