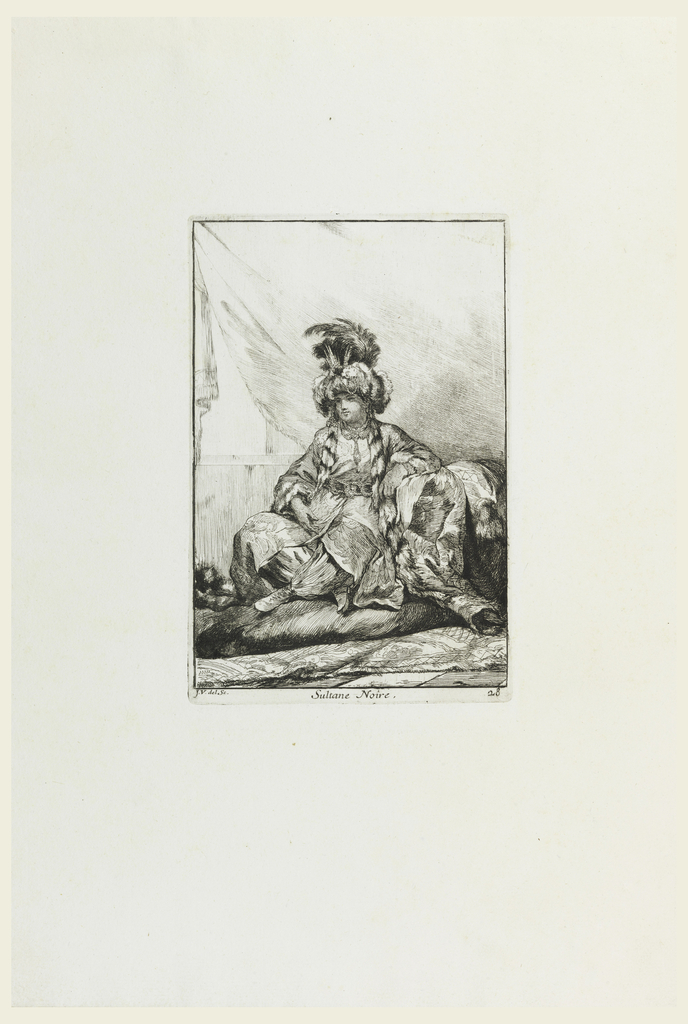 In preparation for the festivities of Carnival in 1748, a group of students at the French Academy in Rome conspired to dress collectively as Turkish men traveling in a sultan’s caravan to Mecca. The pensionnaires crafted homemade costumes, painting linen to resemble sumptuous brocades and hanging oversized turbans with faux pearls and feathers. Their fantastic outfits, recorded by Joseph-Marie Vien in a series of etched plates, were styled after sets of prints illustrating figures in exotic dress, including Bonnarts’ Costumes du règne de Louis XIV, and Vanmour’s Recueil. Images of people living in the Ottoman Empire were popular in France; two years before Vien left France for  Rome, the embassy of Grand Vizier Mehmed Said Effendi visited Paris, igniting the taste for turquerie—Orientalist approximations of Turkish fashions, like those pictured here. Despite its popularity and demanding technique, the medium of etching was not recognized by the academy as a legitimate artistic practice. The institution maintained rigid hierarchies of genre and media, with printmakers occupying the lowest rank. Vien petitioned the academy to allow printmakers to apply for the prestigious Prix de Rome, which provided artists—typically painters and sculptors—the opportunity to study in Rome. But despite Vien’s efforts, the policy was not changed until 1803.

← A Curious Carpet
Why Gild the Lily? →