Why Gild the Lily? 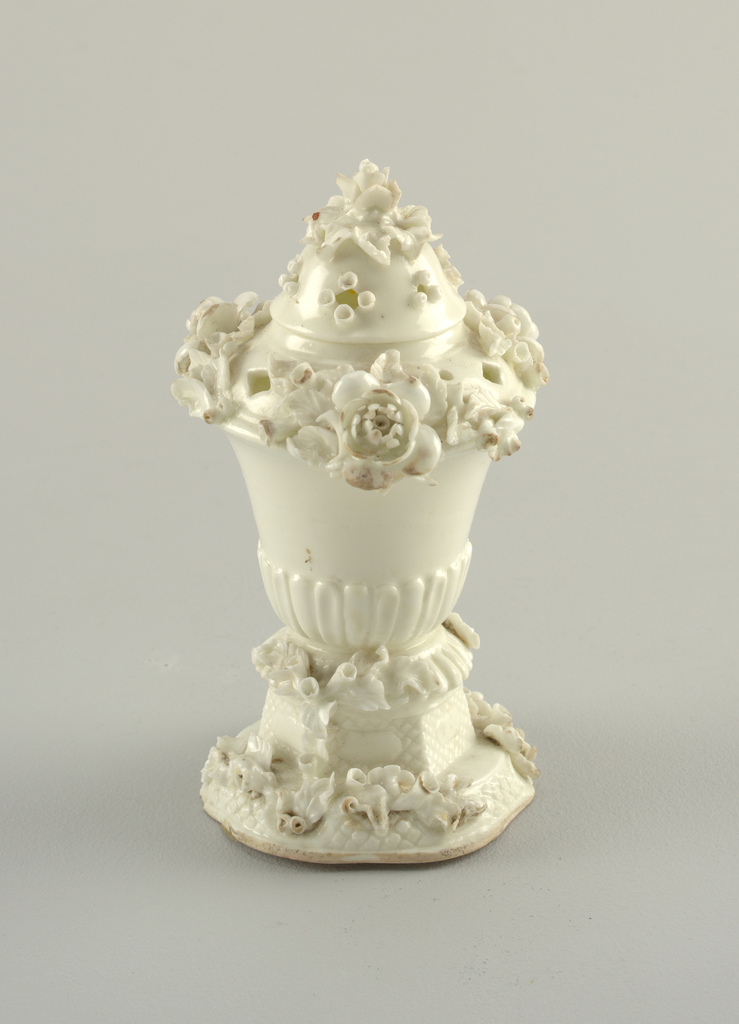 The unpainted surface of this perfume burner draws attention to the milky whiteness of the ceramic body. In the mid-eighteenth century, the right to use gold on ceramics was the exclusive privilege of the Vincennes manufactory, compelling Mennecy and other French factories to focus on the sculptural aspect of their production. Unpainted, glazed porcelain became tremendously popular, and was referred to as “blanc de chine” after white wares imported to Europe from southeastern China. In the latter half of the century, there was a surge of interest in unglazed porcelain (“bisque”) objects made to resemble ancient marble sculpture being excavated in southern Italy.

Perfume burners were used to burn pastilles— blocks of charcoal dipped in fragrant oils. In the eighteenth century, they could be placed throughout the house into order to mask bodily odors, counter poor plumbing, and to clear food smells after a meal.

← Dressing the Part
Puzzle Me This →