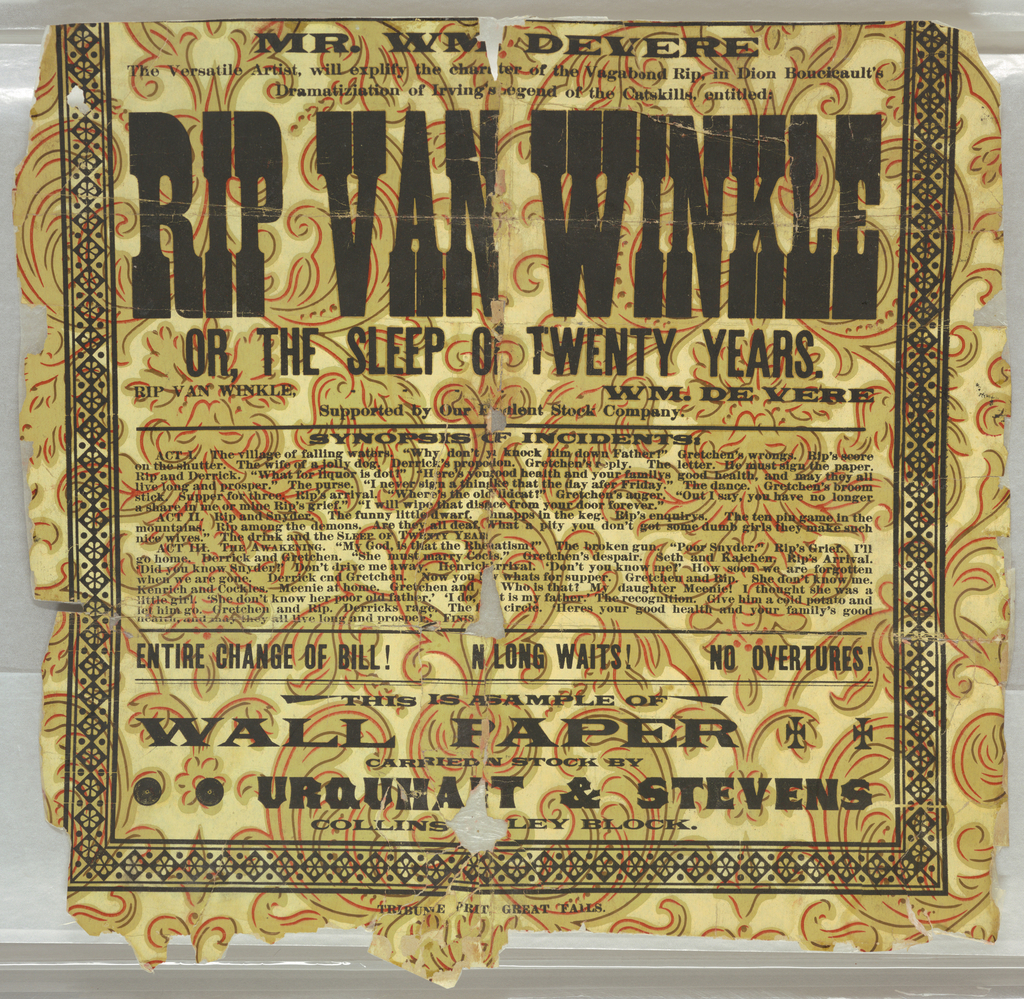 Wallpaper, like all design, can be a powerful tool for communicating a specific message. Take for example wallpapers printed during the French Revolution that portrayed ribbons of red, white and blue in support of the uprising. On this object, however, a message has been spelled-out right on top of the design, the pattern becoming a mere backdrop. A fairly standard arrangement of Rococo-inspired scrolls was printed with a broadside advertising a performance. Done in mellow ochres and reds, the wallpaper pattern adds visual interest to the poster without obscuring the text, which is printed in one of those great, old-timey Wild West fonts. The show in question was Rip Van Winkle, or, The Sleep of Twenty Years, a dramatic adaptation of the classic Washington Irving tale by Irish playwright Dion Boucicault. It was being performed in Great Falls, Montana, in the year of 1892, and promised such exciting things as “The Wife of a Jolly Dog” and “No Overtures!” The choice to use wallpaper as a backdrop may have been just as economic as aesthetic, because there is a large advertisement for Urquhart & Stevens, the paper’s suppliers, on the bottom of the page. Urquhart & Stevens were Great Falls retailers that stocked wallpapers and other home-decorating goods. In 1891 they advertised “the very latest styles of Glimmer and Bronze Wallpaper. Be sure to take a look at them.” This is not the only instance of wallpaper being used as, well, regular paper in nineteenth-century America. During the Civil War Confederate states faced a shortage of paper, and some newspapers, such as the Daily Citizen of Vicksburg Mississippi, were printed on old wallpaper.

← Dining with a Triangle
April DesignGrams →