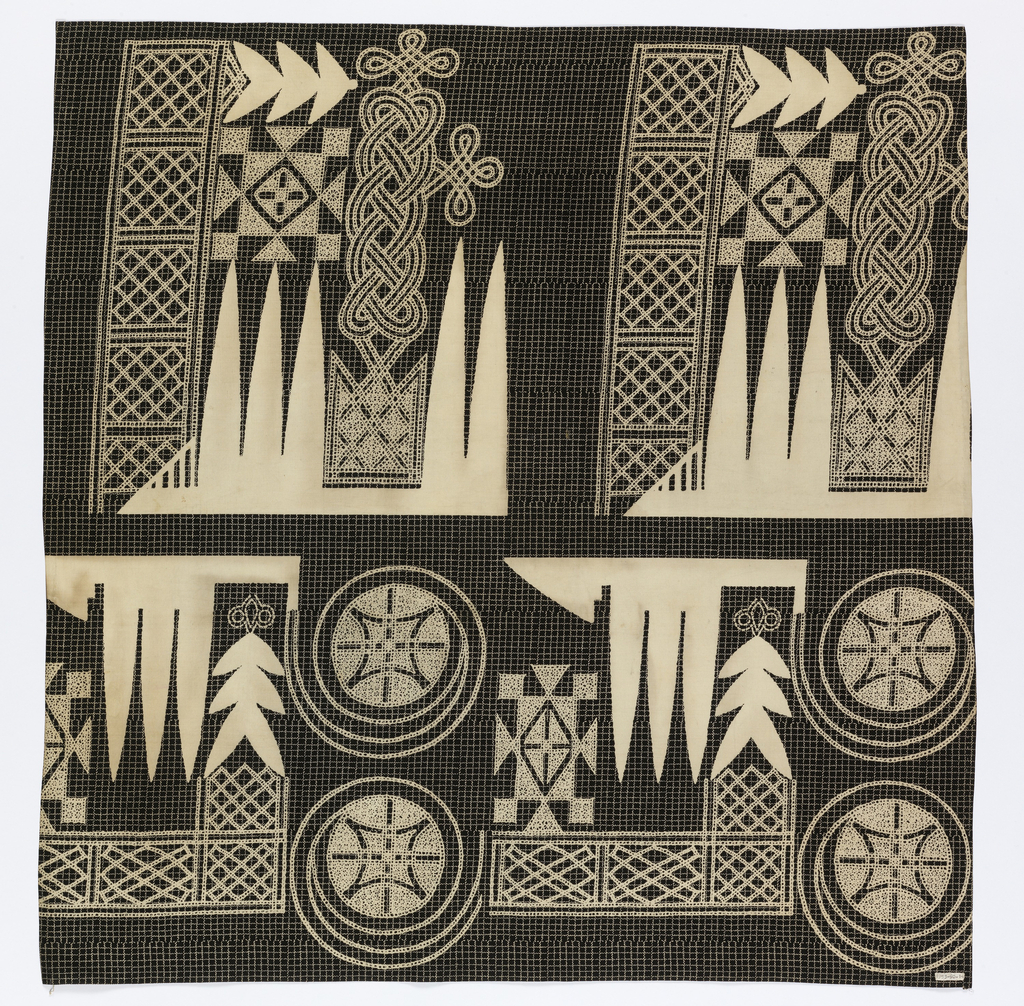 This fabric, printed in Manchester, England for the African market, has a design which imitates the embroidered gowns worn by Hausa men in Nigera. The design of the embroideries is believed to have been influenced by men who learned the art of calligraphy from studying the Qur’an, and reflect an identification with Islam. They are also associated in their iconography with amuletic tunics worn by soldiers. This design features the protective “eight swords” motif, abstract interlacing patterns, and the tambari or king’s drum, a crossed circle inside a spiral.

The elaborately embroidered robes remain an important symbol of status and group identity. A printed fabric of this type would likely have been made into Western-style garments, such as men’s shirts.

← Let’s Rock
Dining with a Triangle →