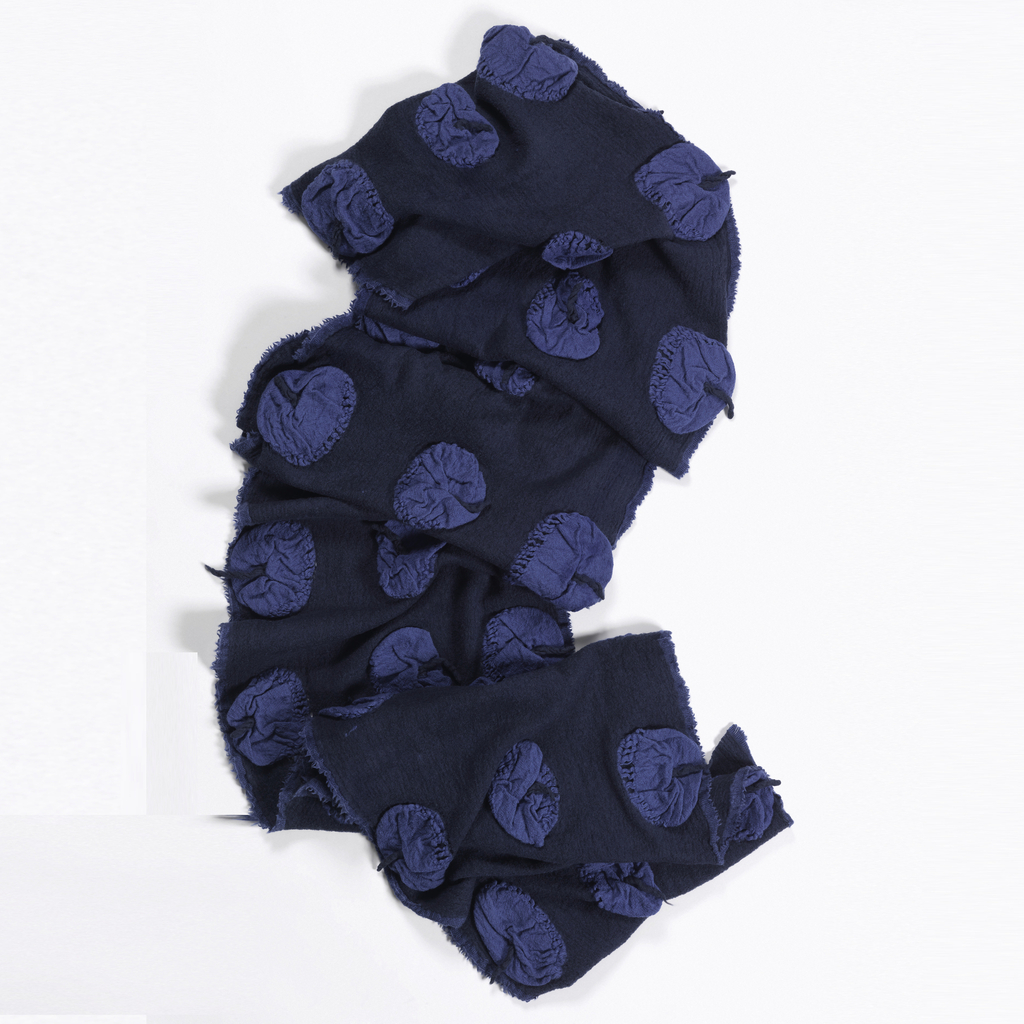 Circle Square II, designed by Hideko Takahashi in 1995, exemplifies varied experiments with the shrinking and cutting of a triple-layered cloth resulting in what seems to be a single layer with appliquéd pockets. Takahashi describes her three-layer textiles as a “two-layer cake.” She distinguishes the alternating blue-and-white colored layers that comprise the “cake” by cutting weft threads that float above the base cloth. A felting process shrinks the cloth and diminishes its size by 20 percent. The textile is then acid dyed, causing further shrinkage so that when finished the length is 53 percent and the width 38 percent of the original size.

Takahashi is part of a generation of Japanese designers working within what now could be considered a tradition of Japanese experimentation with textile forms and surfaces. Educated at the Otsuka Textile Design Institute, she has also studied and apprenticed with Junichi Arai, one of the preeminent textile designers of the last 20 years. She learned from Arai the importance of combining both the hand and advanced technology in textile design and production. Takahashi has focused her investigations and experimentations primarily in the medium of wool fiber and has transformed two-dimensional planes of wool into three-dimensional sculptural surfaces.