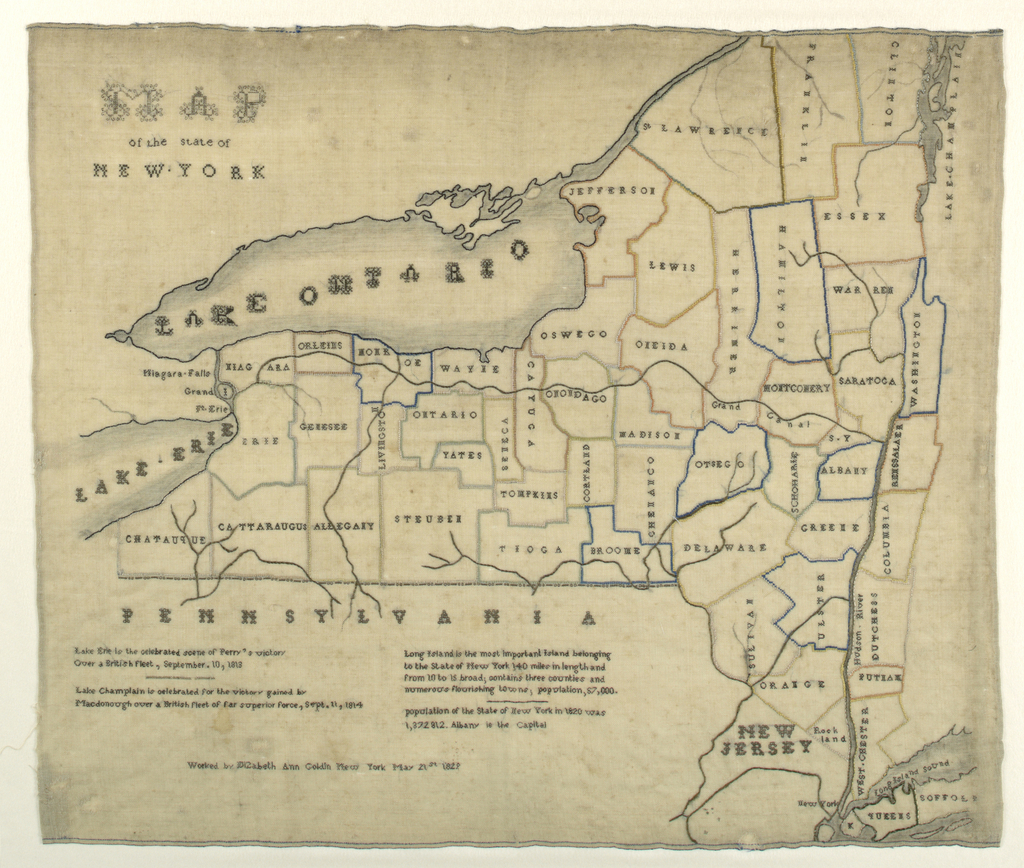 Elizabeth Ann Goldin was fourteen when she embroidered this map of the State of New York. Such map samplers would have provided an excellent opportunity for schoolgirls to display their knowledge of geography as well as their needlework skills. In addition to outlining and naming each New York county, Elizabeth depicts Lakes Erie, Ontario, and Champlain, a portion of Long Island, and the borders of the neighboring states of Pennsylvania and New Jersey. She also includes text celebrating American naval victories against the British on Lakes Champlain and Erie, as well as statistics about New York State and Long Island.

A possible print source for Elizabeth’s sampler is an 1824 New York State map published by Anthony Finley. The two maps are not only visually similar, but Finley’s map lists the population of New York in the year 1820, a statistic also included on Elizabeth’s sampler.

← Sensing a new spirit of Japan
A Terrific Trellis →