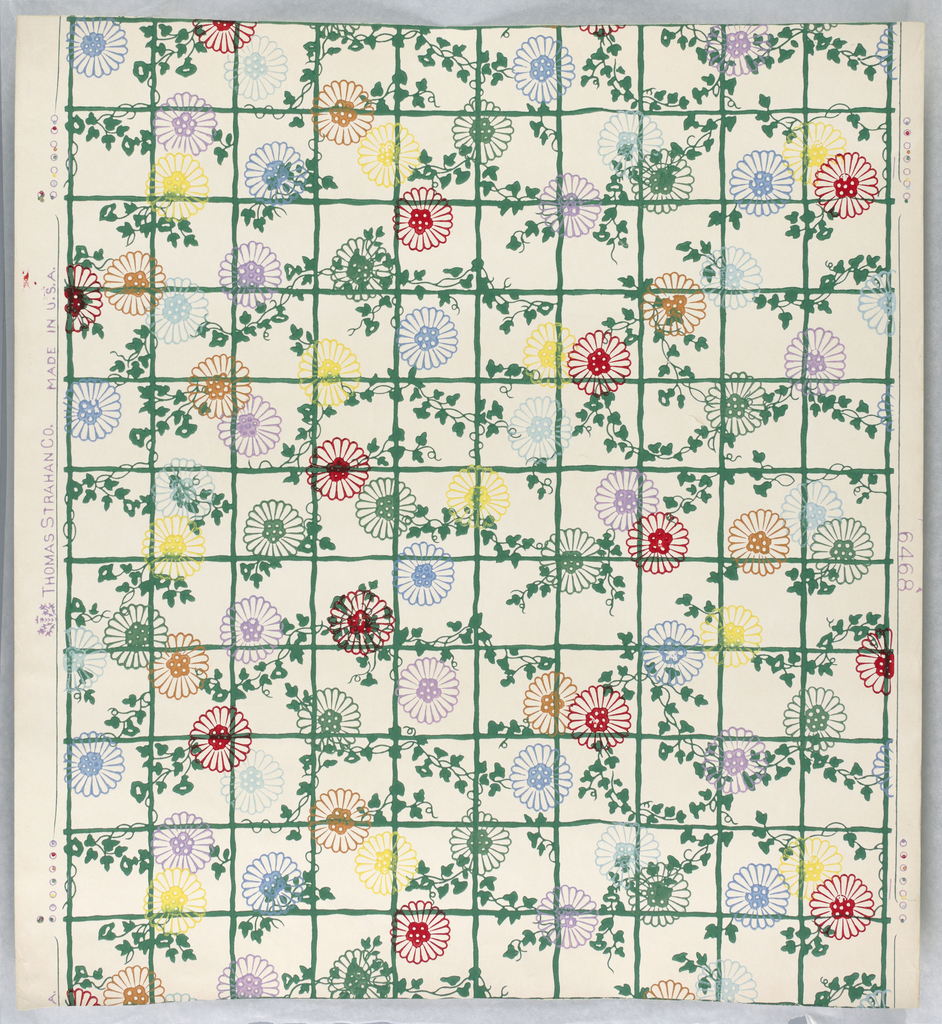 Thomas Strahan Co. was a prolific American wallpaper manufacturer that is well-represented in the Cooper Hewitt’s collection. Mr. Strahan was a successful retailer of wallcoverings, and also had a stint as mayor of Chelsea, Massachusetts. He founded his company in 1866 after becoming frustrated that “he could not obtain wall papers approaching his decorative standards.” Apparently Mr. Strahan was not the only one with a high opinion of his aesthetic sensibilities. In 1892 The Decorator and Furnisher called his company’s designs “exceptionally virile and artistic,” and went on to state “Thomas Strahan and Company enjoy a reputation second to none in the wall-paper trade as to the artistic merits of their designs and the magnificent colorings employed in executing the same.” The Strahan company was in business until fairly recently and produced many collections focused on reproductions of historic wallcoverings.

This bright and friendly wallpaper dates to ca.1920-1935, and features a veritable rainbow of chrysanthemum-like blossoms growing from delicate vines. The flowers and leafy tendrils are intertwined with a green, grid-like trellis. A cream background and lots of negative space bring a light and airy feel to the design. As with many Strahan Co. wallcoverings, this pattern has its roots in historic precedents—floral trellis patterns have long been a standard of wallpaper design. In fact, in 1862 William Morris created a trellis design as his first foray into the world of wallpaper. His design was inspired by the rose trellis in the garden of his Bexlevheath home, and was issued in 1864.