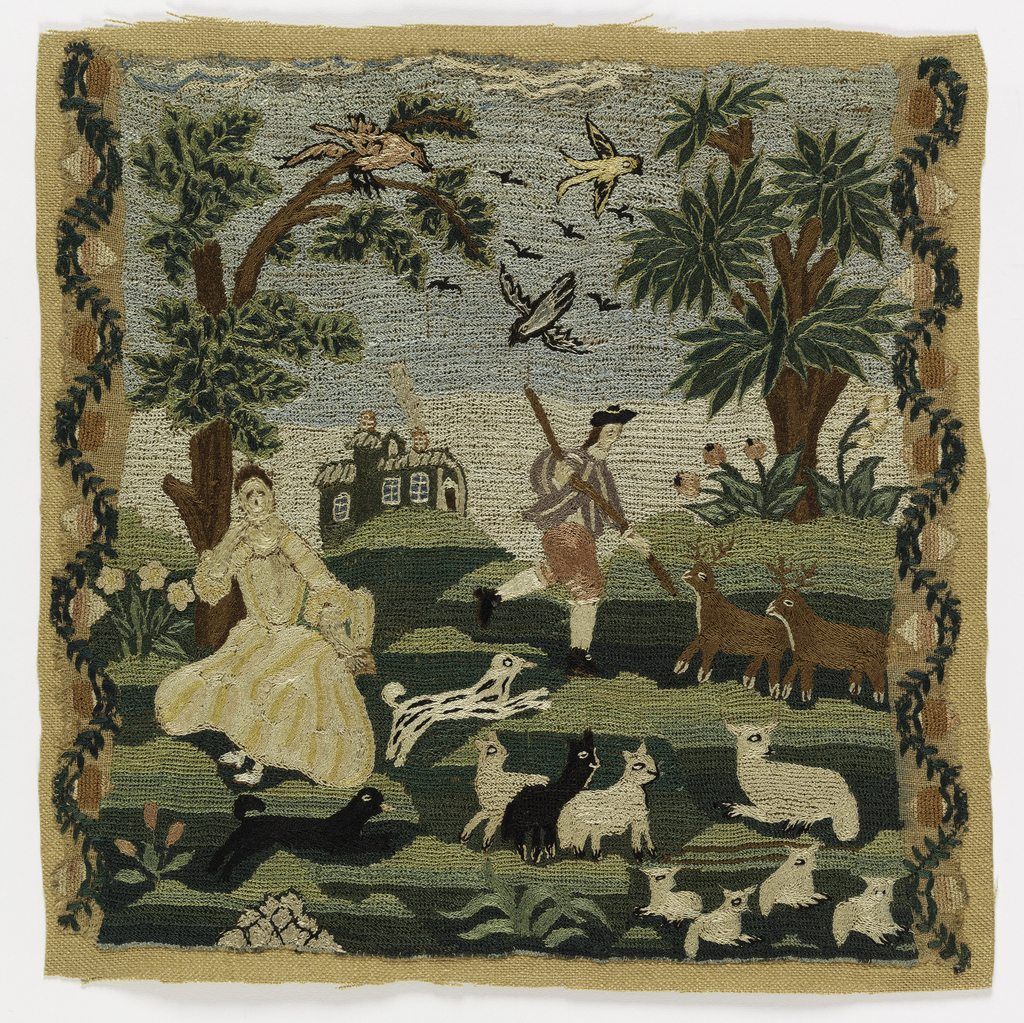 Posted by Jennifer Johnson on February 25, 2016

This anonymous embroidered picture was probably worked in Boston, where affluent seventeenth- and eighteenth-century New England families frequently sent their daughters to complete their educations. Popular in England during the first quarter of the eighteenth century, such needlework scenes first appeared in Boston in the early 1730s. This example is part of a group of embroidery known as the “fishing lady pictures.” The name originally referred to Boston needlework featuring the same fishing lady, but now encompasses a variety of related pastoral compositions, with or without the fishing lady.

The second most common female figure featured in the fishing lady pictures is a shepherdess. In this example, she is dressed in a vertically striped gown and reclines at the foot of a tree. The running male shepherd and the trio of sheep (one black between two white) also appear in other pictures from the group. From the 1760s, the same types of scenes formed the central panel of Boston alphabet samplers. The Cooper-Hewitt’s example, featuring the strawberry-and-vine border that eventually became characteristic of these samplers, may represent a transition to this format. A strawberry-bordered sampler made by Mary Welsh of Boston in 1772, now in the collection of the Colonial Williamsburg Foundation, has an almost identical central scene.