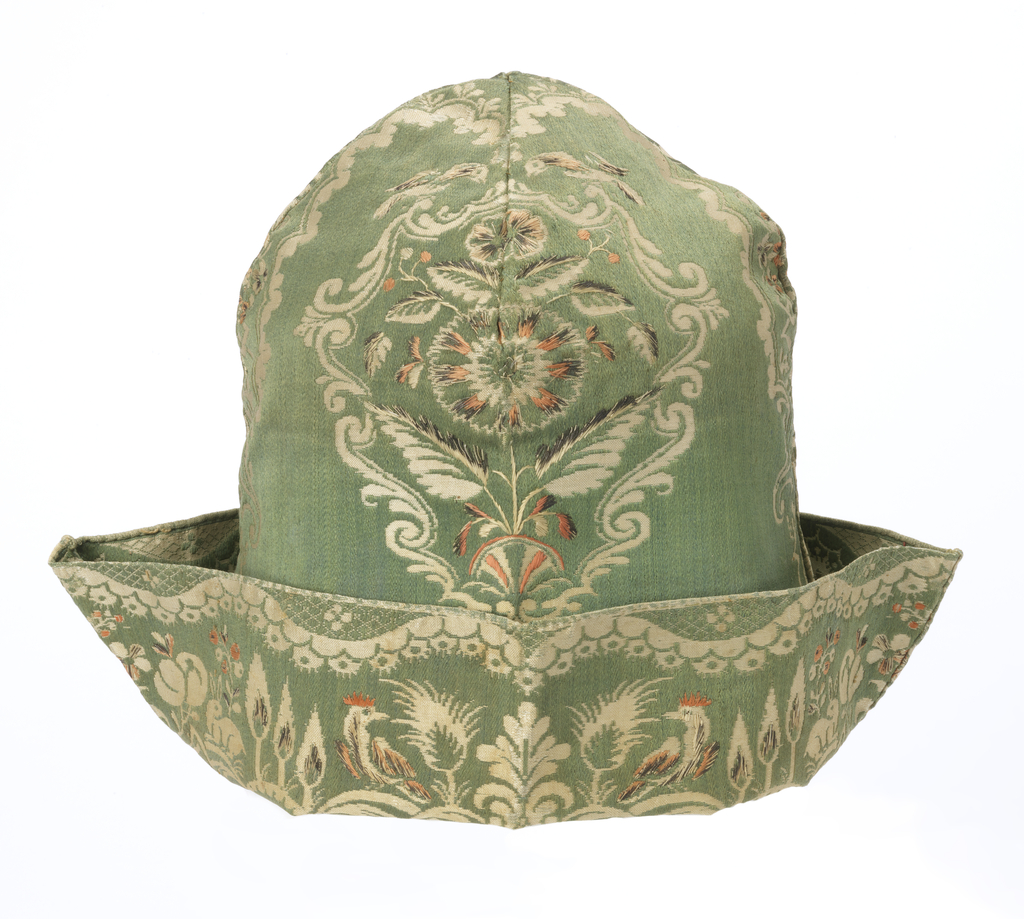 The intricate patterns on this cap precisely fit its shape, suggesting that the fabric was woven specifically for this purpose. Most likely produced professionally, the weaving, embroidery, and tailoring of caps such as this would have been completed in separate workshops.

Wigs were common among men of many different social classes in eighteenth century France, and caps were often worn to cover their shaved heads when the wigs were removed. They were often worn for solitary work, such as writing, or before the wig was donned at a masculine toilette. Although primarily a feminine activity, some elite men practiced the ritual of the toilette, at which they received family members, business associates, and other intimates while attendants helped them prepare their wigs and dress for the day.

← Design Within Reach
We All Scream for Ice Cream Packaging →

One thought on “Woven to Shape”

I enjoyed my visit to this beautiful housed museum. The blending of useful and artistic pleases my practical side. I especially appreciated the salvaged iron gate.