A Bold but Delicate Floral 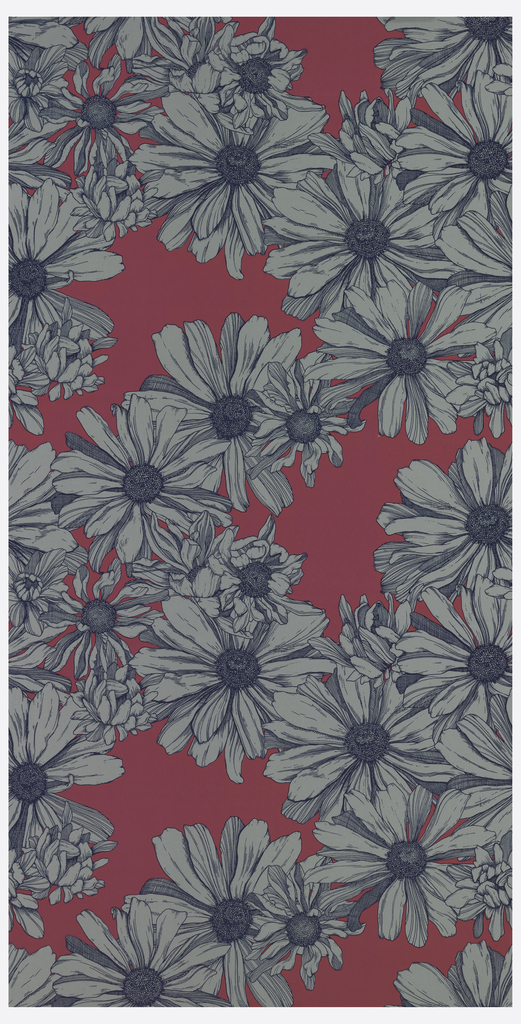 Posted by Gregory Herringshaw on August 31, 2015

Cosmo wallpaper was designed by abigail*ryan, the young Belfast-based husband-and-wife design team of Abigail and Ryan Bell. The Bells have been designing textiles and home goods since 2009. Cosmo is from their first wallpaper collection which was introduced in 2013.

abigail*ryan takes a hands-on approach to its designs. Both principals are very involved throughout the creative process. They begin by selecting and photographing flowers, which are then illustrated by hand with pen and ink. The scale of the flowers is manipulated to create a fine flow throughout the design. They select local suppliers to produce all of their designs, which allows for greater oversight and quality control while also supporting the local economy, ensuring fair labor practices, and reducing their carbon footprint.

The designers chose the flexographic printing process because it imparts a subtle texture and greater depth to the design. Flexographic printing is a machine process that uses rubber rollers, much like a rubber stamp or linoleum block in a roll. The flexography technique was developed in England in 1890, but was not used for the production of wallpaper until the 1960s.

While the museum’s collection of wallcoverings is international, with the majority of its papers from France, England, Germany, and the United States, Cosmo is the first wallpaper acquired for the collection that was produced in Northern Ireland.

Floral wallpapers have always been fashionable and make up one of the largest groupings in the wallcoverings collection. They are represented in most styles, periods, and techniques including embossed leathers, British Design Reform, Wiener Werkstätte, art nouveau, art deco, and pop art papers from the 1960 and 70s. The addition of this paper helps illustrate the evolution and design continuum of floral wallpapers.