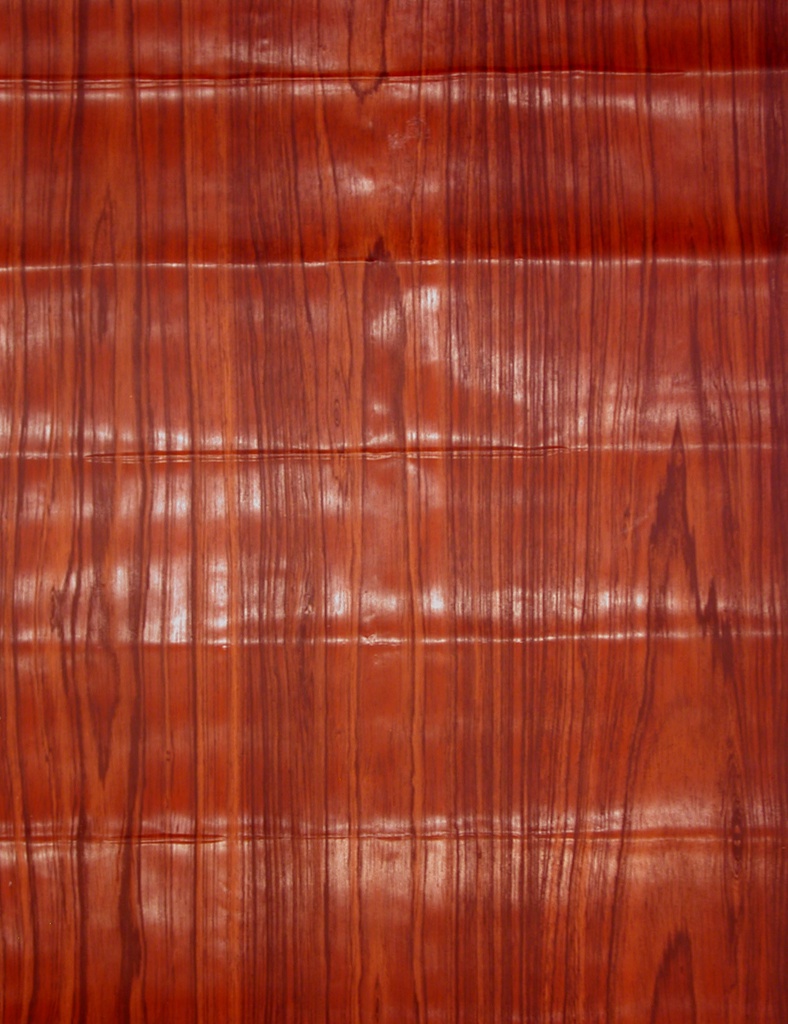 Posted by Gregory Herringshaw on August 4, 2015

Woodgrain or faux bois designs are another genre with a long running history in wallpaper design. There are examples in the collection that were hand painted, wood block printed, machine printed and lithograph printed. There are most likely digital versions as well but I don’t believe there is an example in the Cooper Hewitt collection, yet. Earlier wallpapers usually copied more exotic woods, offering a more flexible option for a rigid material, or when use of the original was cost prohibitive or just not available. During the twentieth century wallpapers began copying more common woods which was usually done as a cost-effective measure, such as wood grain papers imitating paneling. This use by Con-Tact brand self-adhesive vinyl was designed for the do-it-yourself market and was meant to revolutionize the wallpaper industry. It was inexpensive (59 cents per yard), nearly indestructible, and the only tool needed to hang it was a pair of scissors. It was initially available in patterns of wood grains, marbles, stripes, solids, and kitchen and nursery prints. While this piece is a later printing it is the earliest example of Con-Tact in the collection.

The first self-adhesive vinyl was patented under the brand Con-Tact in 1954. Developed by Cohn-Hall-Marx in conjunction with the Monsanto Chemical Company, Con-Tact was 100 percent plastic with a pressure-sensitive adhesive back.

← Art Nouveau, all over the floor!
Flight Patterns →