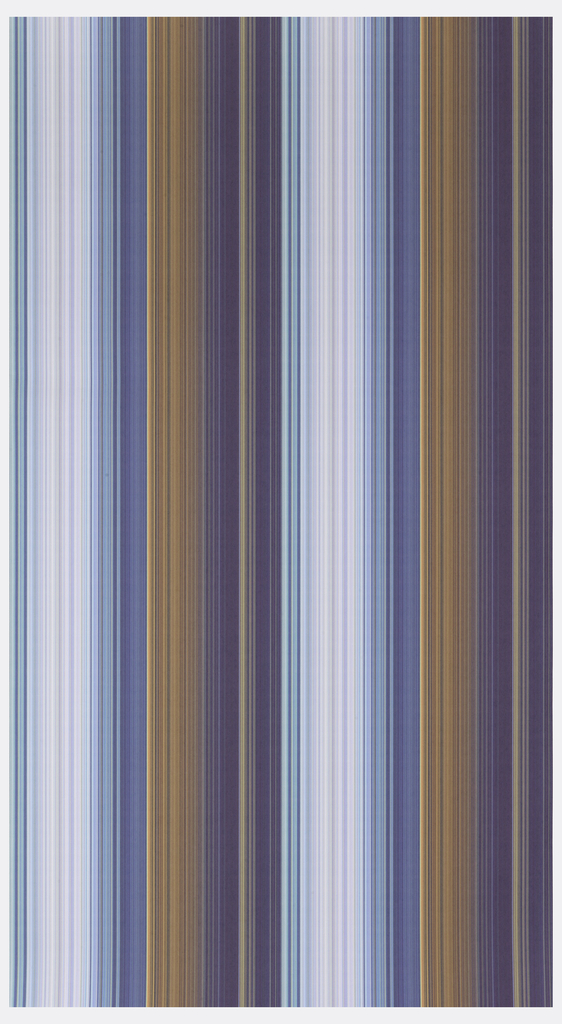 This striped wallpaper is one pattern from a group of seven which form Irma Boom’s Colour-Based on Nature collection. Working from photographs of UNESCO/World Heritage Sites around the globe, Boom has translated each of the landscapes into a digital color diagram. The diagrams were then translated into striped wallpaper patterns and specially mixed colors were created for each of the different palettes.

Boom’s design is a unique take on a stripe pattern. There is a delicate balance to the design created by the varying weights and shades. The pattern is unpredictable, and there is almost a sense of mystery in the subtle blending and placement of color bars. Boom had developed this technique previously for a book designed for the Royal Printing and Binding Society, in which she translated into color diagrams the paintings of 80 artists spanning five centuries.

Thomas Eyck pattern 124 was inspired by the Hawaii Volcanoes National Park, found on the island of Hawaii, which contains two of the most active volcanoes in the world. The stripe pattern contains icy blues, cool purples and warm rust colors which reflect the heat and intensity of the lava flow, the warm mist and steam in the air, and the light reflecting off the steam in the night sky. Other World Heritage Sites chosen for translation into wallpaper designs include the Wadden Sea, Netherlands, and the Great Barrier Reef, Australia.

← A Fan by Any Other Name
The Miracle of Glass →