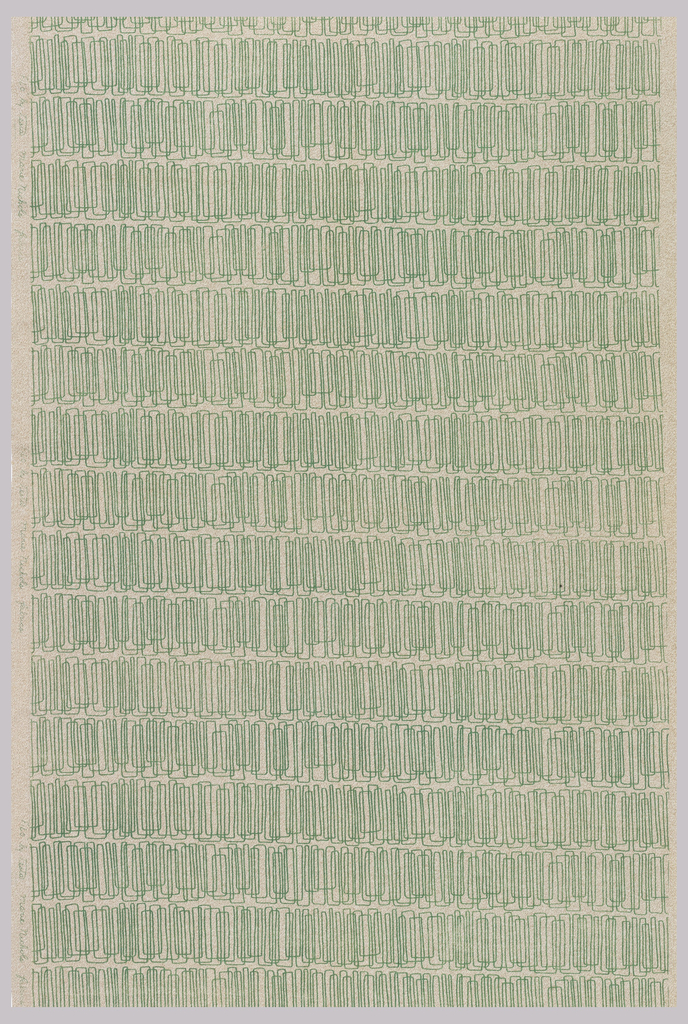 Although the name may be unfamiliar to some, American textile designer Angelo Testa (American, 1921–1984) made an important contribution to 20th century textile design. As the very first graduate of the Institute of Design in Chicago, Testa was at the vanguard of the “New Bauhaus”, alongside Lazlo Moholy Nagy, Marli Ehrman and George Fred Keck. His interest in block printing and screen-printing was the impetus for opening his own textile firm in 1947, called Angelo Testa & Company.

A trained painter, Testa’s pattern designs illuminated his profound fascination with abstract forms, geometric shapes, lines and color. This textile, entitled Filo, embodies the very nature of his work; featuring screen-printed horizontal rows of a continuous line in both lime green and charcoal grey, they overlap to form layered rectangles. The plain-woven background remains natural and unprinted, creating a striking but warm contrast with the pattern. Testa worked with several different companies to produce his early screen printed fabrics, in this instance Filo was made for Marie Nichols Fabrics.