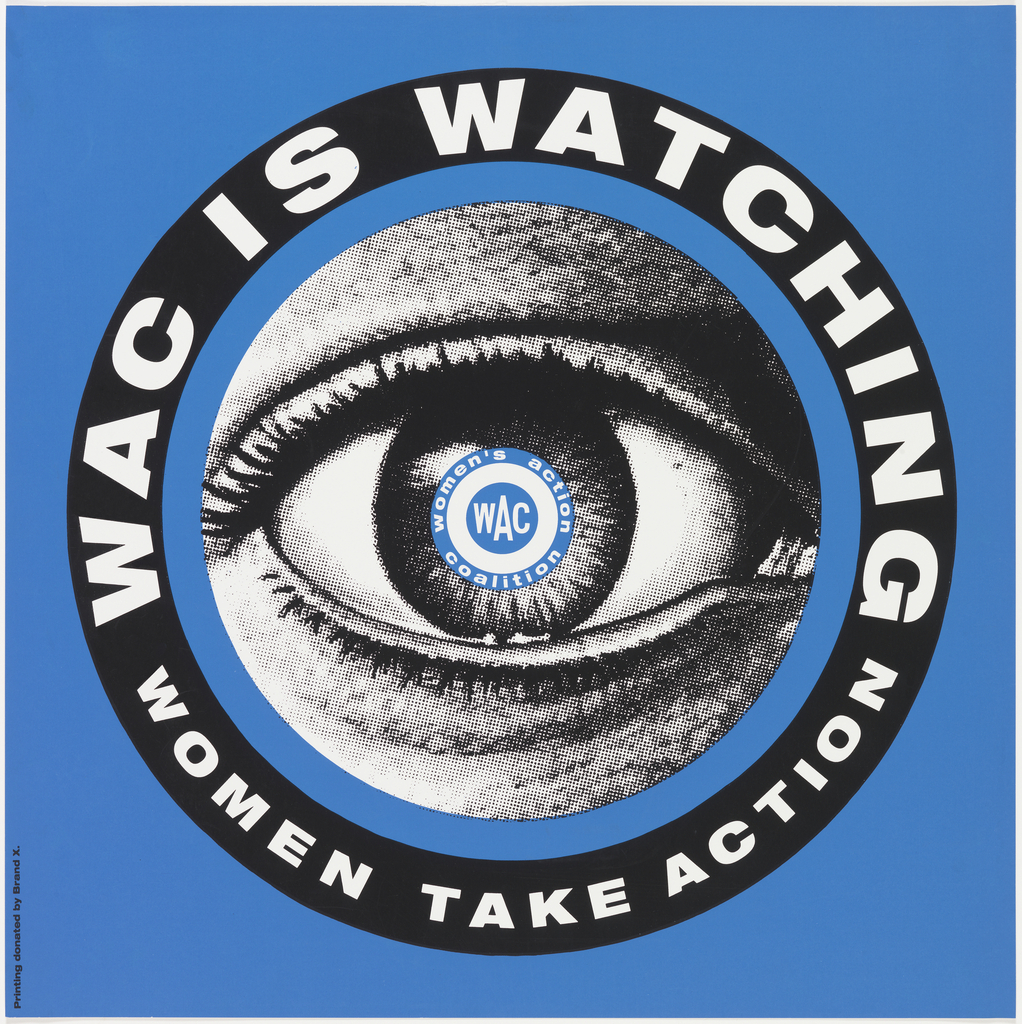 Founded in 1992, the Women’s Action Coalition (WAC) staged public demonstrations or “actions” to raise the visibility of women in art, culture, and society. The organization was founded in response to the Clarence Thomas/Anita Hill congressional hearings, which riveted national attention on sexual harassment. Many women in New York’s creative community took part in WAC, including Pamela Horn, who now serves as Cooper Hewitt’s Head of Cross-Platform Publishing. She recounts about her time as an active member in WAC:

Back in NYC after a politically active undergraduate campus life at Carnegie Mellon, it was 1992, I was in my last semester of law school, longing to find some grass roots for my voice. I’d followed the congressional hearing on Clarence Thomas’s nomination to the Supreme Court and was incensed by the denigration Anita Hill endured. I read about a newly formed group of women meeting in Soho on Tuesdays at the Drawing Center. These women, mostly from the art community—and mostly white upper middle class—also shared my rage. I thought “passion is passion, no matter how homogeneous the group, so why not?” I joined WAC. We strategized and hit the ground with our first action—a “fax blast” to our congressman in support of Anita Hill. Our letterhead and our movement needed a clear message. WAC is Watching was born!

The well-known wide-open eye logo, designed by Marlene McCarty and Bethany Johns, signaled that WAC’s members were paying attention. The poster was watching, and so was WAC.

← The Left
Anatomy of the Design Process →

One thought on “Women’s Action is Women’s Power”

“Frightening – the camera is unforgiving”, my instructor often said as he focused the camera on my 46 year-old face in my MFA Acting program. My 5 minute experimental thesis, which I was strongly encouraged to do differently, was deemed a “filmmaker” student project, not that of an actress. I did it anyway. Just as in my MFA Screenwriting program I was strongly encouraged not to write about the rape and pregnancy of an undocumented mute youth crossing the border in search of her mother, ending up on the homeless streets of Hollywood. I did it anyway. “Take out the pregnancy and give her an appendicitis”. I did not. I simply wanted to share this with you… my art…a cracked window into my soul.