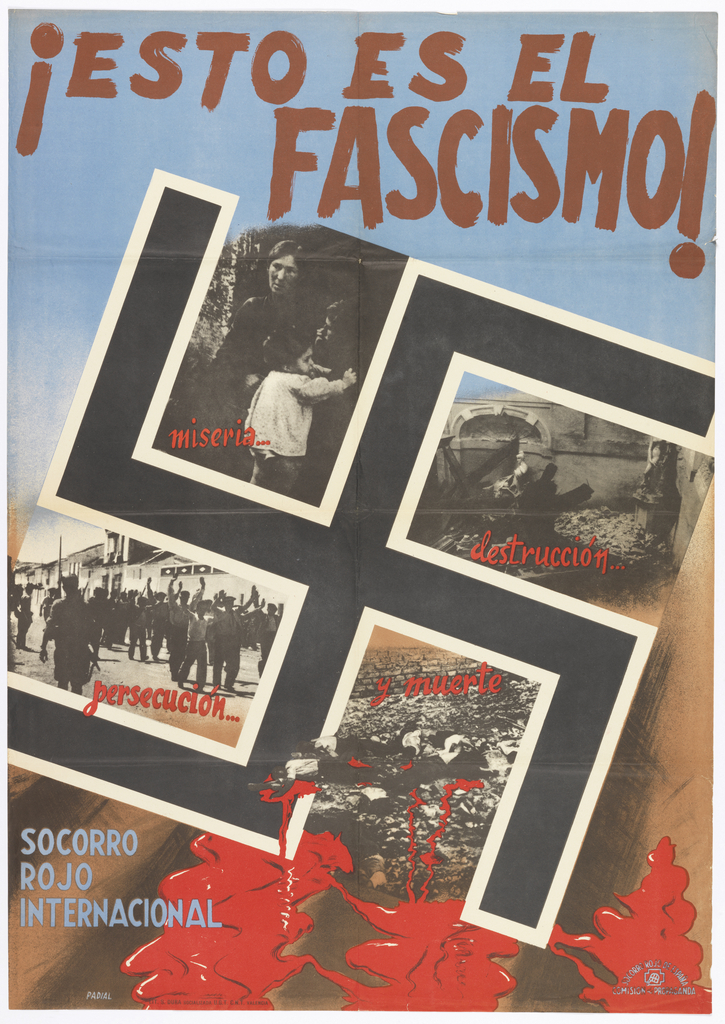 In 1996, colleagues at the Museum of Modern Art recommended to a donor that Cooper Hewitt be offered an opportunity to review a collection of rare posters from the Spanish Civil War (1936–1939). These had been gathered by journalist William Mangold, who worked for the new Republic in Spain during that war. Thirty posters representing campaigns of the Popular Front were selected, depicting a range of messages—calling people to work, showing solidarity with the soldiers and their families, and denouncing fascism. // ¡Esto es el Fascismo! (This is Fascism!) . . . , by Antonio López Padial, commissioned by the International Red Aid, displays an imposing black swastika enclosing four war photographs labeled “misery,” “destruction,” “persecution,” and “death.” Blood spews from corpses and pools at the feet of the viewer, making the brutality even more horrific. // During the war, defenders of the democratically elected Spanish Republic promoted the importance of health and hygiene, as seen in this poster for the Army Health Service. The canted water glass defies gravity and creates dynamism.