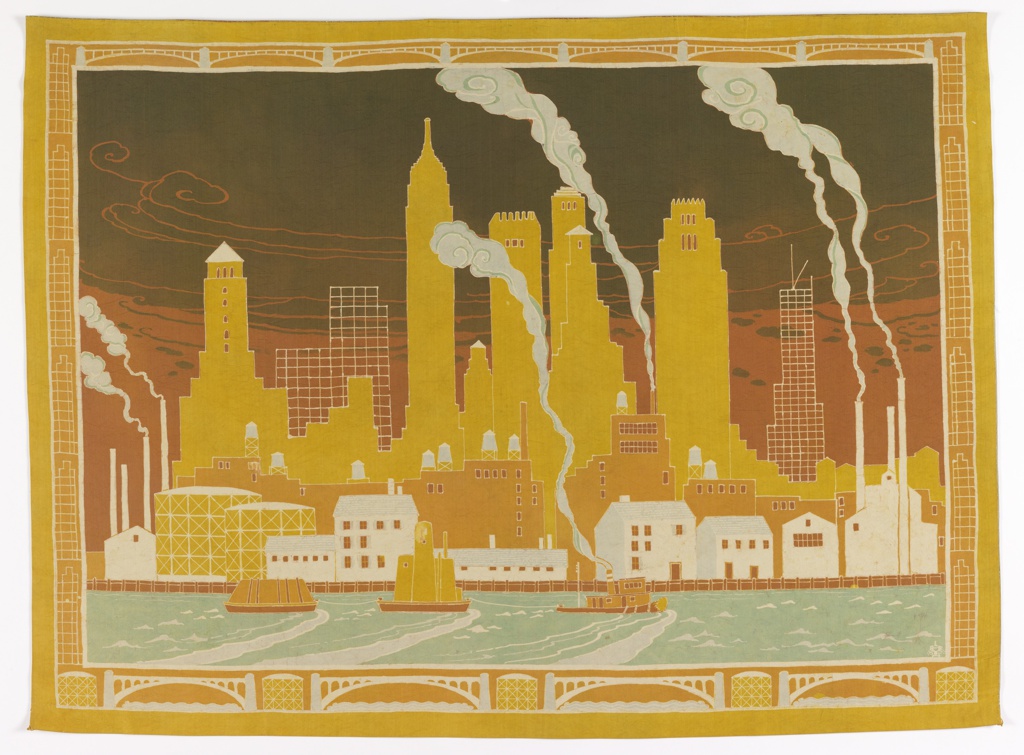 Batik, an ancient craft often associated with Indonesia, became popular in United States in the 1910s and 20s, with artists such as Arthur Crisp, Pieter Mijer, and Lydia Bush-Brown attracting national attention. These artists worked in the traditional manner, painting paraffin and beeswax on their cloth to create a resist, but expanded the traditional design vocabulary to include patterns inspired by contemporary design and painterly subjects such as landscapes and still lifes. Bush-Brown gained acclaim for her wax-resist illustrations depicting scenes both imagined and real. This example depicts the Manhattan skyline, capturing New York City’s industrial expansion with factories billowing with smoke, and skyscrapers, two of which are under construction. Based in Greenwich Village, Bush-Brown would have borne witness to this expansion. Whether or not she supported it remains open to interpretation.

← Grapevine Screen
Oil and Water Do Not Mix →