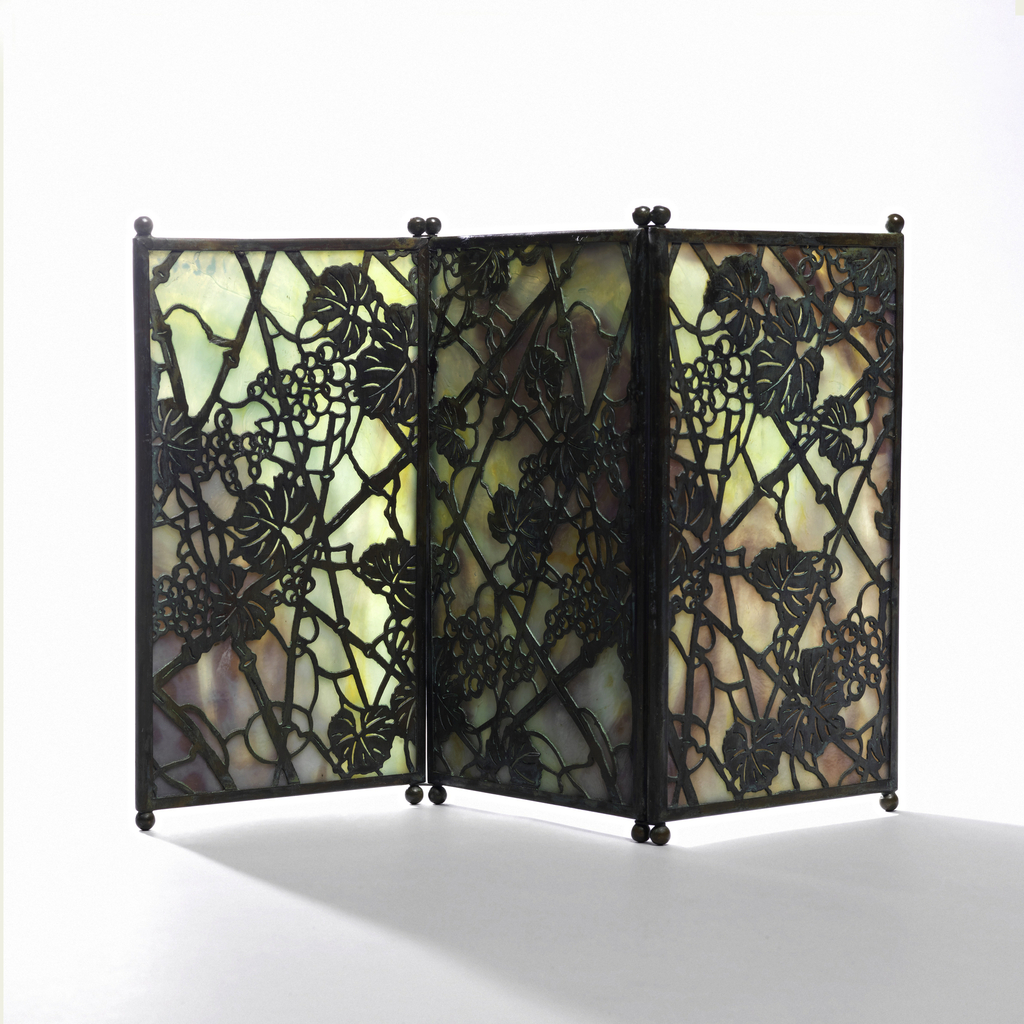 This glass screen was designed by Louis Comfort Tiffany,  an American artist and designer most well known for his work in stained glass. Tiffany is well known for originating a type of marbleized iridescent art glass, known as Favrile glass. Favrile was an adaptation of the Old English word febrile, meaning “hand wrought.” Tiffany’s iridescent surfaces were unusual because the color was ingrained in the glass. Prior to Tiffany, most decorative glass was clear or white and colored images were hand painted onto the surface.

This screen is comprised of three individual panels hinged together with wire. A cut out copper overlay unifies the piece. The use of an overlay created, in effect, a miniature artifact similar to Tiffany’s stained-glass windows. This particular overlay is in the “grapevine” pattern, one of many Tiffany motifs that were inspired by nature. Tiffany Studios produced copious objects using the grapevine motif, including lamps, stained glass windows, and desk accessories. The use of the grapevine motif can be multidimensional as it can serve as both a functional and decorative aspect within a designed object.

Tiffany pioneered the “copper foil” technique – in which he edged each piece of cut glass with copper foil and then soldered individual pieces of glass together to construct lamps, windows, and other architectural elements. Using this method, Tiffany made possible an entirely new level of detail in glassmaking.

Jacqueline Gordon is currently a Fellow in the Digital & Emerging Media Team.

One thought on “Grapevine Screen”

Tiffany had tremendous craft, but has his work really stood the test of time as art? To my eye, it looks like high
kitsch – it’s appeal wears rather thin over time.