Ainu culture in Japan has some of the oldest continuing creative traditions in the world dating at least twelve thousand years ago.1  Textiles, and clothing design specifically, have been an important indicator of the Ainu’s ethnic identity and also their most stunning art form exemplified by this nineteenth-century attush (woven elm-bark) robe.

Textile making was a task reserved for women in Ainu culture although men were involved in the laborious process of stripping the young elmof its bark keeping enough on the tree to protect it. The women then separated the outer and inner bark and soaked the softer inner layers in water for several days to loosen the fibers, which were then split into long, narrow strips and dried. These strands could be twisted to make thread (ohyo) or cord for baskets and rope.  The natural golden color of the thread was generally retained although decorative striping was created with vegetable dyes. The thread was then ready to be woven into cloth on a backstrap loom. 2

The cloth for the robe became the foundation for the beautiful embroidery appliquéd to the robe at strategic locations in order to protect the wearer from evil spirits. Often the most decorative area was on the back, believed by the Ainu to be the most vulnerable spot where evil spirits could enter a person. Design motifs were passed down from mother to daughter and practiced dutifully by drawing in the sand or left-over ashes. The most prized designs proved to be those which had never been produced before but used traditional motifs in new arrangements. Although there has been controversy over the exact meaning of the designs, more recent scholarship reflects that patterns were made simply to protect the wearer and to please the gods, which embodied both the animate and inanimate worlds. 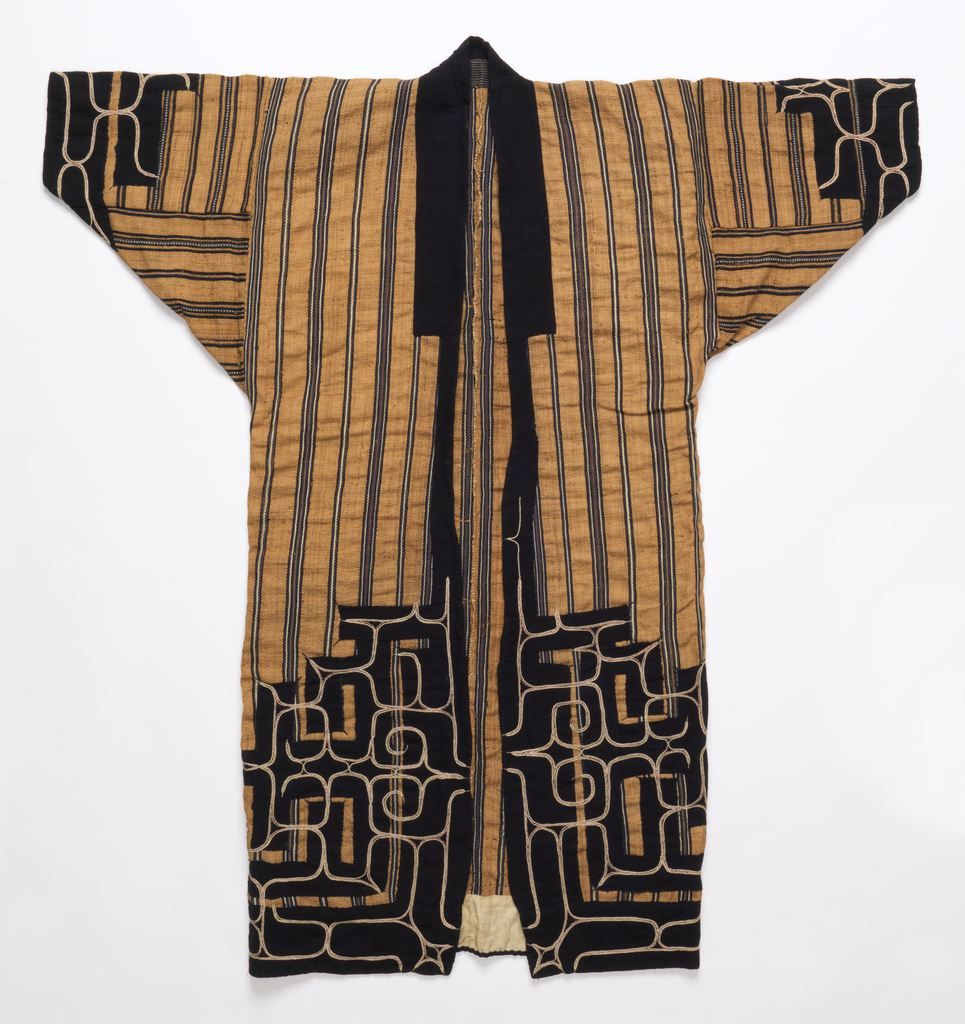 ← The Modern Hut
An Enlightened Staircase →