Cooper-Hewitt – Pop-up book: Popeye with the Hag of the Seven Seas 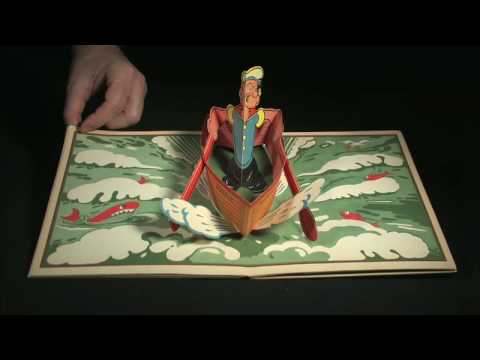 Pop-up book: Popeye with the Hag of the Seven Seas

American cartoonist Elzie Crisler Segar developed Thimble Theater, a series featuring Olive Oyl, Caster Oyl, and (later) Popeye, for the New York Journal in 1919. This beautifully illustrated pop-up book is one of several published by Pleasure Books in the 1930s that were inspired by comic strips.