About Cooper Hewitt
Board of Trustees
About the Carnegie Mansion
The Arthur Ross Terrace and Garden
Timeline: Interlocking Histories

About the Carnegie Mansion 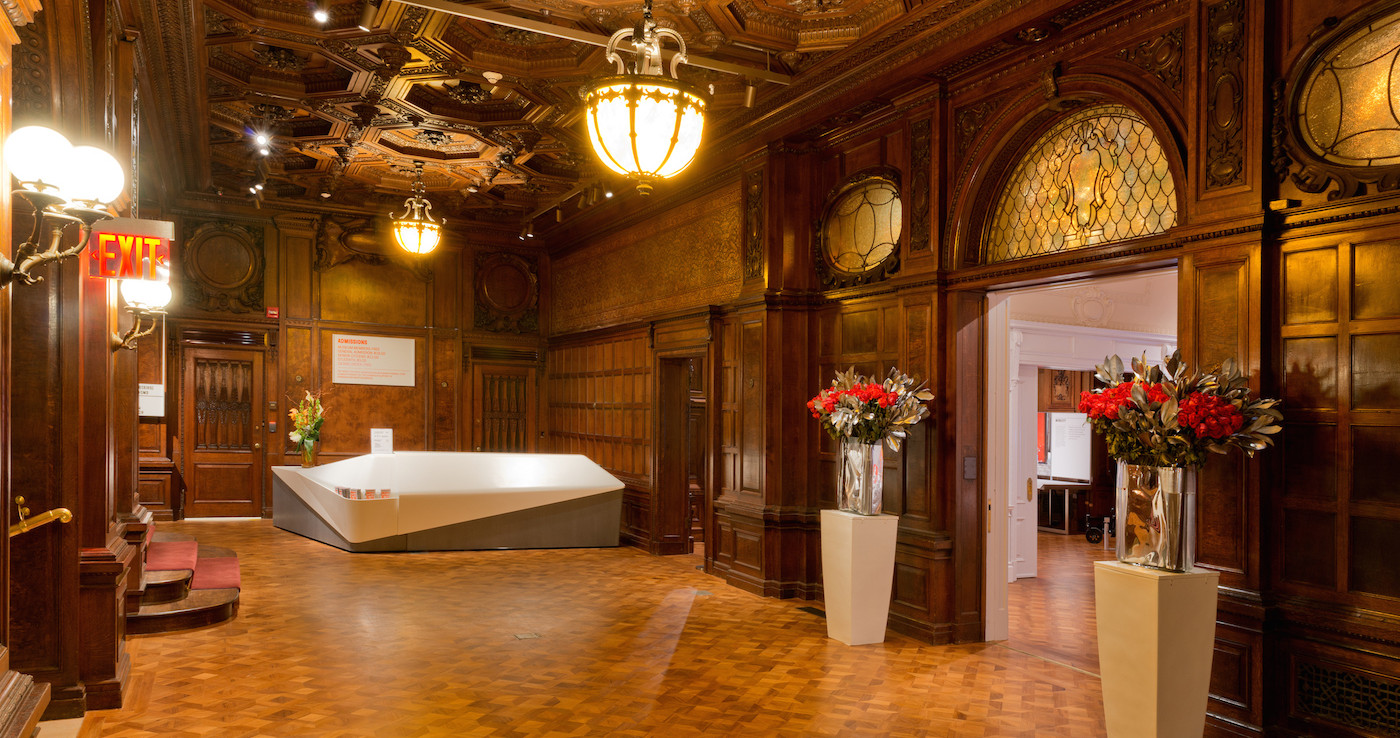 History of the Mansion

Cooper Hewitt, Smithsonian Design Museum is housed in the former home of industrial magnate Andrew Carnegie. The 64-room mansion, built from 1899 to 1902, is an impressive testament to the desire of Carnegie and his wife, Louise Whitfield Carnegie, to build a spacious, comfortable, and light-filled home in which to raise their daughter, Margaret. The architectural firm of Babb, Cook & Willard designed the mansion in the solidly comfortable style of an English Georgian country house. When Carnegie purchased the land for the house in 1898, he purposely bought property far north of where his peers were living. The relatively open space allowed him to build a large garden—one of the few private enclosed green spaces in Manhattan—that is still a beautiful oasis today.

The house was also planned as a place where Carnegie, after his retirement in 1901, could oversee the philanthropic projects to which he would dedicate the final decades of his life. Over the course of his lifetime, Carnegie directed the donation of some $350 million to education, cultural institutions, and the promotion of world peace. From his private office in the mansion, Carnegie also donated money to build a network of over 1,500 free public libraries in communities across the country and to the improvement of communities and educational institutions in Great Britain.

The house is a fascinating study in innovative design. It was the first private residence in the United States to have a structural steel frame and one of the first in New York to have a residential Otis passenger elevator (now in the collection of the Smithsonian’s National Museum of American History in Washington, DC). Other innovations included its central heating, a precursor to air conditioning, and a cellar coal car that traveled over a miniature train track to transfer fuel from a storage bin to enormous twin boilers.

The building received landmark status in 1974 and in 1976 opened as the Smithsonian Institution’s Cooper-Hewitt Museum. In 2014, the museum was renamed Cooper Hewitt, Smithsonian Design Museum.

In 2015, the mansion and Cooper Hewitt campus earned LEED Silver certification from the United States Green Building Council. The LEED rating system is the foremost program for buildings, homes, and communities that are designed, constructed, maintained, and operated for improved environmental and human health performance. The project to attain certification for Cooper Hewitt, which first began with the renovation planning stage in 2006, involved optimizing the mansion’s energy performance, purchasing “Green-e” certified electrical supply, water use reduction, community connectivity, and many other enhancements of the museum campus.

From 2011 to 2014, Cooper Hewitt closed its doors for a mammoth renovation project, a once-in-a-lifetime opportunity to reinvent the museum experience and expand access to design. The transformation of the Carnegie Mansion into a 21st-century museum respected the spirit and character of the landmark building and restored key features to their original grandeur, while also increasing the museum’s total exhibition space from approximately 10,000 square feet to 17,000 square feet—including the new 6,000-square-foot Barbara and Morton Mandel Design Gallery. Of equal importance, the renovation provided much needed upgrades to lighting and signage, more flexibility to reduce exhibition installation time and better accommodate object handling, and enhance public access on every level.

The multiphase project also provided for the creation of the Cooper Hewitt, Smithsonian Design Library, which includes the Arthur Ross Reading Room, an additional study room, and the Fred and Rae S. Friedman Rare Book Room.

A team of the world’s leading design firms joined forces with the museum to realize the vision of the new Cooper Hewitt.