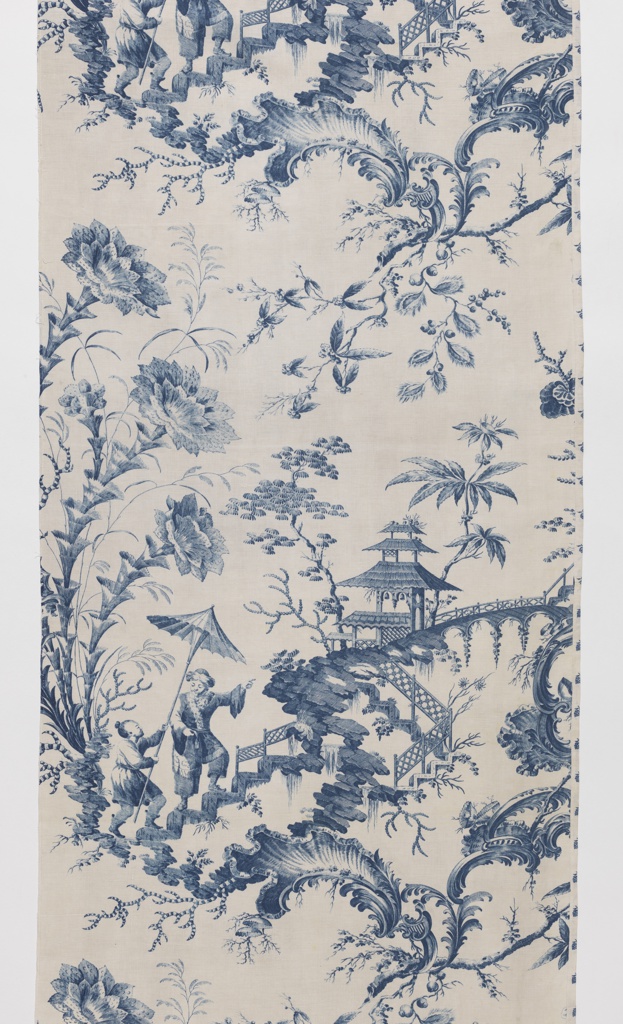 Posted by Kimberly Randall on January 1, 2020

This textile’s whimsical chinoiserie scene was inspired by the work of French artist Jean-Baptiste Pillement (1728 – 1808), and printed by Bromley Hall, a prominent textile printing manufactory in Middlesex, England. Pillement’s illustrations inspired many late-eighteenth-century textile designs. Although this design features many of the artist’s signature motifs – oversized flowers, a winding staircase and a fanciful pagoda – its specific design source has not yet been identified. The pattern appears in a book of Bromley Hall patterns dating from 1760 to 1800, but its date can be further narrowed to 1774 and 1811 by three blue threads that appear in the selvedge; British law mandated this feature for cottons produced for export.

Printing with indigo was a technical challenge which was not mastered in England until the mid-eighteenth century, at about the same time as the development of copperplate printing. These highly desirable fabrics were called ‘china blue’, referring to the craze for Chinese export porcelain.