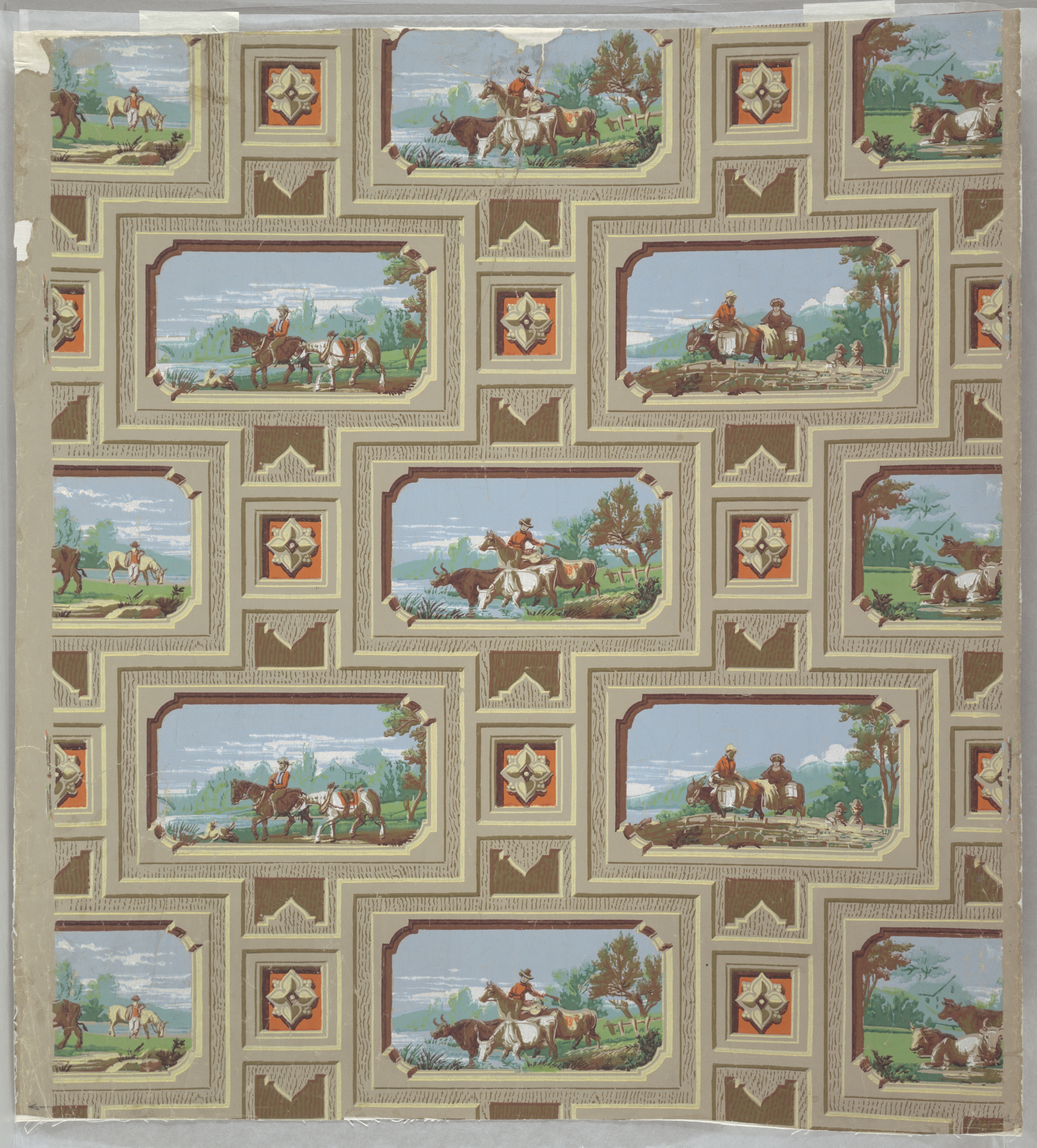 Posted by Gregory Herringshaw on October 2, 2019

The framework of this wallpaper illustrates a format of “postcard” views popularized during the second half of the 19th century. This design format was available in a wide variety of tile and ashlar block styles, from rustic to more sophisticated. The paper contains four different views, each showing a different equestrian scene, all set in a frontier-like landscape. While each of the scenes seems rather generic, they conjure up images of the western frontier, cattle drives, and rodeos. Closer inspection reveals some element of man’s ingenuity in each scene, such as architecture, a stone bridge, or pasture fence. Because this style became fashionable in the mid-late nineteenth century, most are machine-printed so the pattern repeats were quite small, usually eighteen inches.

Each of the landscape views is set into an elaborate trompe l’oeil framework. Ogival corners surround each landscape view, while “inset panels” of a darker wood add contrast and draw attention to the bosses mounted on an orange ground. The strong graining on the different elements add to the rustic nature of the design. The machine-printing causes color bleed throughout which is more apparent in the landscape scenes, softening the images which creates a nice contrast to the rigid confines of the coffer-like framework. The landscapes appear more like mounted pictures or illustrations viewed in a picture frame, as opposed to a view through an open window. While the tromp l’oeil and wood graining go against the principles of the design reformers, who believed wall surfaces should be represented in two-dimensions, maybe the framed views were deemed more acceptable than the illusion of an open window.