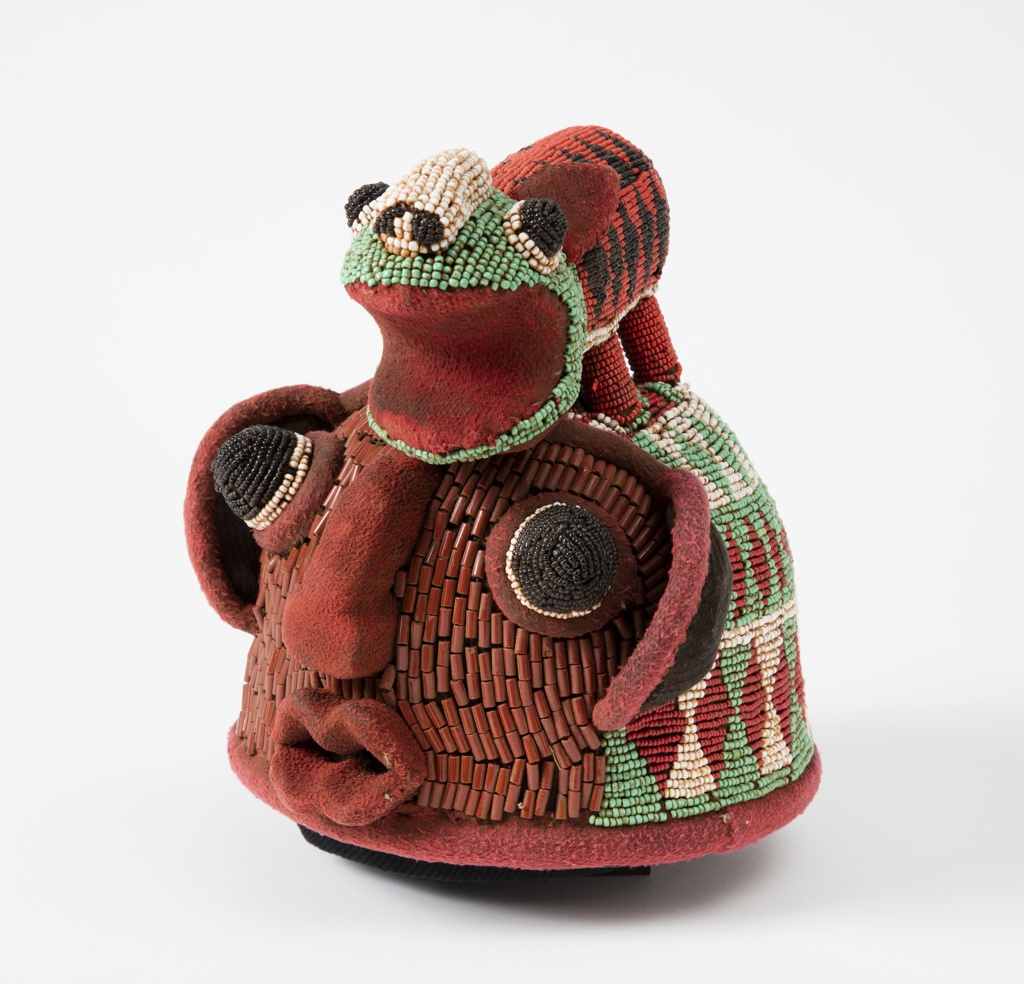 The Bamileke people are the dominant group inhabiting the southern part of the Cameroon Grasslands, where raffia, oil palms, and banana trees are plentiful. The Bamileke are organized into chiefdoms, each headed by an absolute ruler, or fon. The fon has an eight-member advisory council made up of descendants of the kingdom’s founders. Traditionally, he has awarded lesser titles to men for financial and military achievements on his behalf, and for the killing of leopards and elephants. Those with such titles or the means to pay an admission fee might gain entry into the state societies. Secret meetings take place weekly, while public assemblies convene every two years, as well as for important state occasions such as the funeral of the fon.[1]

At least two Bamileke state societies, the Kemdji and Kuosi societies, wear elaborate elephant masks for ceremonial purposes, sometimes in combination with a leopard headpiece like this one. According to legend, the leopard, long extinct in Cameroon, is capable of taking on human form, while the fon, who holds the sole right to keep a slain leopard and its pelt, has the power to turn into a leopard or elephant as he wishes.[2]

The elephant mask and leopard head piece are beaded in geometric patterns made up of the isosceles triangle and its derivatives, including the diamonds that assume the place of leopard’s spots in this example. The leopard’s open mouth and crouching stance suggest its ferocity, and that of its wearer.[3] This hat might have completed a ritual disguise that included a leopard pelt in addition to an elephant mask.

Rachel Ward Sepielli is a graduate of the History of Design and Curatorial Studies program at the Cooper Hewitt, and was a Curatorial Fellow in the Textiles Department.