One Small TV Set for Man, One Giant Leap for Pop Culture 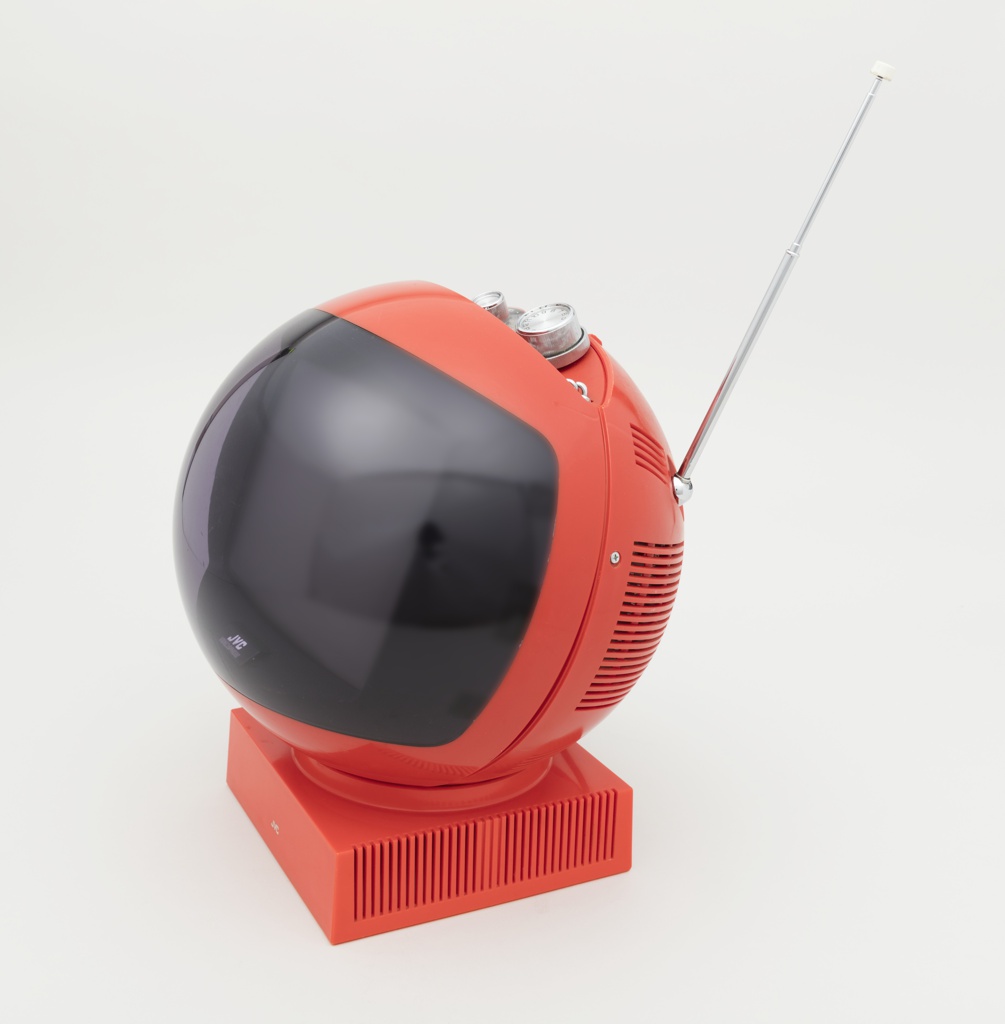 The Videosphere portable television is one of the late twentieth century’s most iconic electronic devices. Manufactured by JVC from 1970 through the early 1980s, it renders the postwar preoccupation with space exploration in plastic and acrylic—modern materials perfectly suited to the Videosphere’s cosmic aesthetic. The TV was designed to be versatile and mobile: it rotates 360° on its square pedestal for viewing from any angle, and the chain at the top allows it to be mounted from the ceiling or hand-carried from one location to another. Additionally, the device could be powered by a cord plugged into an outlet or, when used remotely (one advertisement suggested bringing the set to the beach, for instance), by a rechargeable battery.

The Videosphere took inspiration from the helmets worn by Apollo 11 astronauts, the first humans to walk on the moon half a century ago in 1969, just one year before the set made its debut. The TV’s reflective, spherical body recalls the Apollo 11 helmet’s protective caul, while its smoke-toned plastic screen stands in for the astronaut’s visor. The shape is also thought to have been inspired by Stanley Kubrick’s film 2001: A Space Odyssey (1968); both the crew members’ helmets and the sinister computer HAL boast globular, reflective plastic elements. In turn, the Videosphere made a number of appearances in subsequent films, including Conquest of the Planet of the Apes and Sleeper in the 1970s, as well as Austin Powers and The Matrix in the 1990s. These roles indicate the device’s lasting importance in the twentieth-century imagination and have helped cement its place in modern design and popular culture.

Rachel H. R. Hunnicutt is an independent design historian and educator. She holds an M.A. in History of Design and Curatorial Studies from Parsons School of Design and previously served as Cataloguer of Cooper Hewitt’s Donald Deskey Collection.