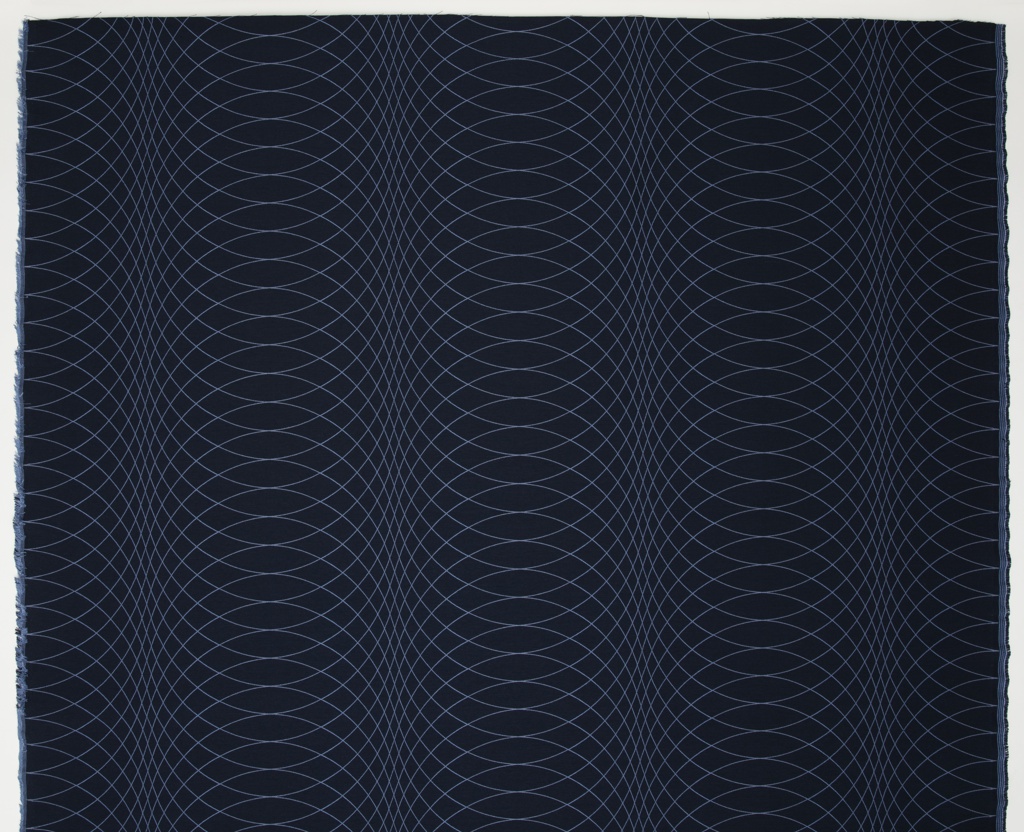 Among Sir Paul Smith’s upholstery fabrics for Maharam, the dominant motifs are bolder and quirkier versions of classic menswear patterns such as stripes, plaid, herringbone, and houndstooth check. In a significant departure, the designer has based his latest on an iconic architectural feature.

Named for the central London street address of the flagship Paul Smith shop, Albemarle echoes the boutique’s famous cast-iron façade, designed by 6A Architects in conjunction with Smith himself. The façade’s Regency lines are meant to honor the design elements of the Georgian townhome behind it, as well as historic Mayfair’s grates and balcony railings. The result is a deep and textural geometric expanse, raised from the building’s black-painted walls. The designers left uneven tones and maker’s marks visible—and added some surprises.

“The shop front is very exciting and unique,” Smith told a reporter for The Daily Telegraph in 2015. “I don’t think there’s another cast-iron shop front in central London. It’s got a sense of humour, too—there are little drawings of mine of a cat, a bird and a boot, if you can spot them.”

Adapted for fabric, the design is dizzying—even though many of the nine colorways, like the dark blue version shown here, are a bit less daring than Smith’s signature combinations.

This upholstery fabric, introduced in March 2018, is one of several products inspired by the façade’s design. For the No. 9 leather collection, released in 2015, Smith embossed the interlocking circles onto solid-colored accessories ranging from business card holders to iPad cases. Since then, he has adorned silk scarves, oxford shirts, belts, loafers, leather satchels, and even a bikini with a multicolored print based on No. 9. Ubiquitous among Smith’s luxury goods, this motif may be on its way to becoming one of his signature designs.

Rachel Ward Sepielli is a graduate of the History of Design and Curatorial Studies program at the Cooper Hewitt, and was a Curatorial Fellow in the Textiles Department.