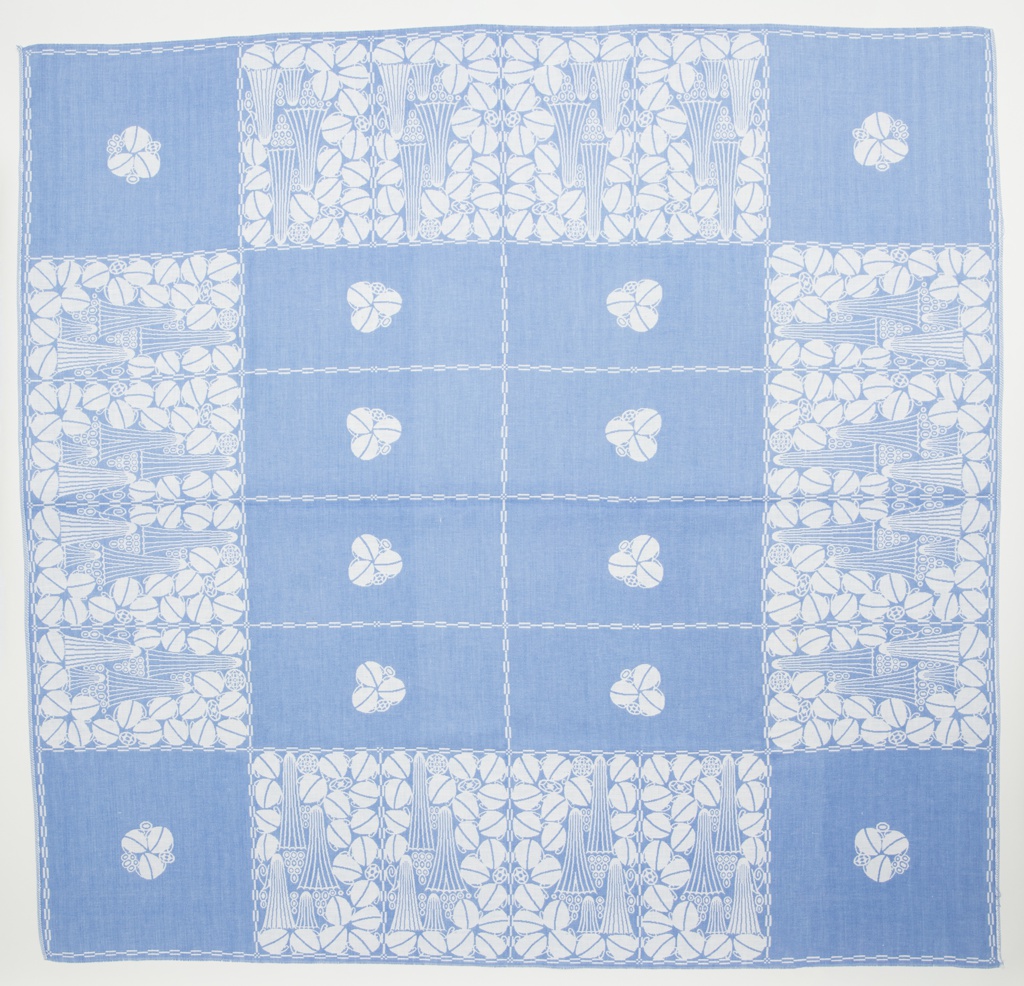 Josef Zotti (b. Italy, active Vienna, 1882–1953), Austrian architect and furniture designer, collaborated with Herrburger und Rhomberg, one of the largest textile companies in Vorarlberg, Austria. The partnership began after the completion of his studies and extended until the 1930s. The earliest works were woven fabrics, particularly tablecloths, decorated with graphic motifs that were characteristic of Zotti’s work. In this example, the rectangular fields with geometric borders contain stylized florals delineated by the two-color finish of blue on a light ground. [1]

Although furniture comprises much of Zotti’s surviving work, his contributions to textile design and color theory are underappreciated today. While his designs were certainly influenced by his mentor Josef Hoffmann (Austrian, 1870–1956) in the tight arrangements and colorful patterns, Zotti’s textiles had a more fluid composition in which floral patterns seemed to undulate on the surface. Zotti’s textiles, like this tablecloth, abandon the rigid symmetry of Hoffman’s patterns and represent a more relaxed style.