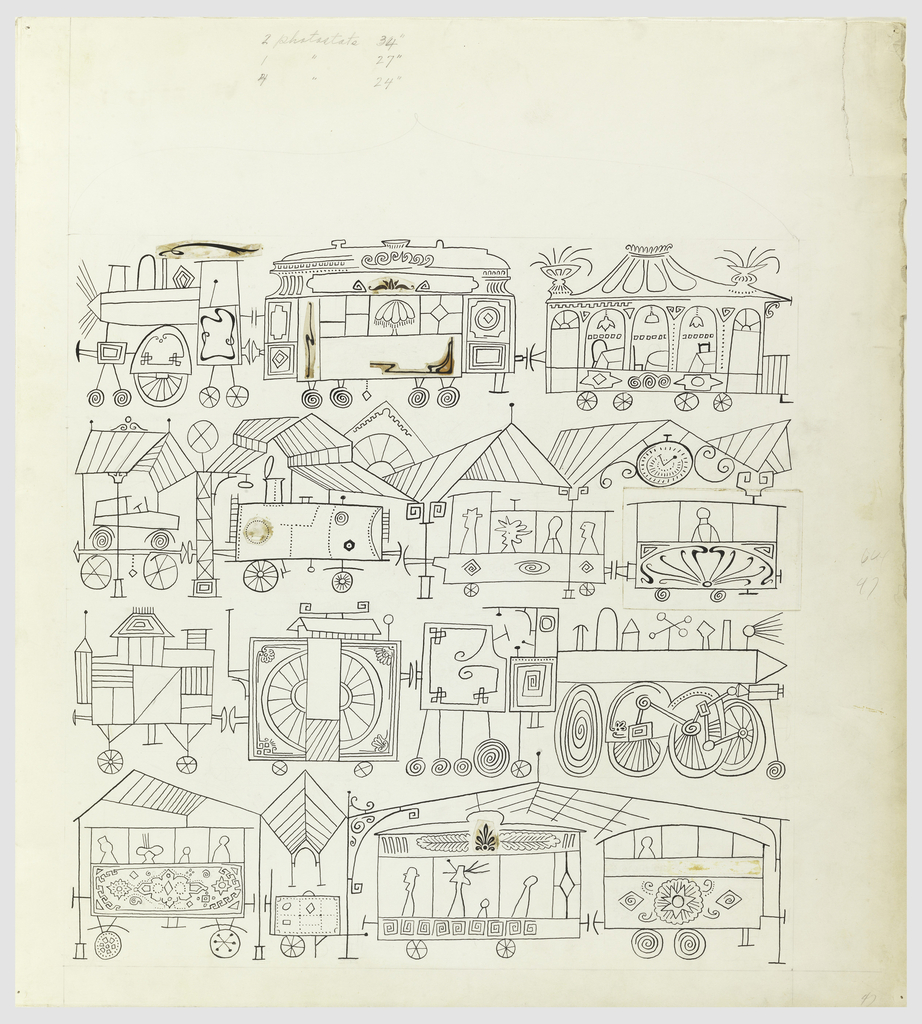 Born in Romania in 1914, Saul Steinberg once described himself as “a writer who draws.”[1] Steinberg fled Europe in 1941, settling in New York City by 1942. While living in the United States, he traveled widely and observed the world around him in a highly whimsical style with an eye toward criticism and satire.

Steinberg’s drawing of trains in Cooper Hewitt’s collection can be understood as an independent composition, not unlike some of his busy cityscapes. However, comparison with another object in the collection also by Steinberg helps to illuminate the designer’s process, which he described as a “way of reasoning on paper.”[2] In a printed cotton segment in the museum’s Textiles department, Steinberg explores similar locomotive themes, presented in a quite different manner.  Still, with close looking, one is able to discover elements that appear both in the drawing and the related textile. Drawing and textile each embody the recognizable Steinberg style, incorporating a mixture of geometric and fluid line work, flowing decorative elements, and a slightly zany but wholly pleasurable overall impression. The architectural setting is brought out more fully in the textile, articulating the station interior, covered tracks, and the world beyond. In the drawing, these features blend with the train cars, resulting in a cohesive pattern. Although Steinberg was mainly known for his illustrations and cartoons in publications like the New Yorker, Cooper Hewitt’s collection includes not only examples of his works on paper, but also textiles and wallcoverings. Comparisons such as this one help us to understand the breadth of his production, and how he translated his signature style across media.