Illuminating the Road Ahead 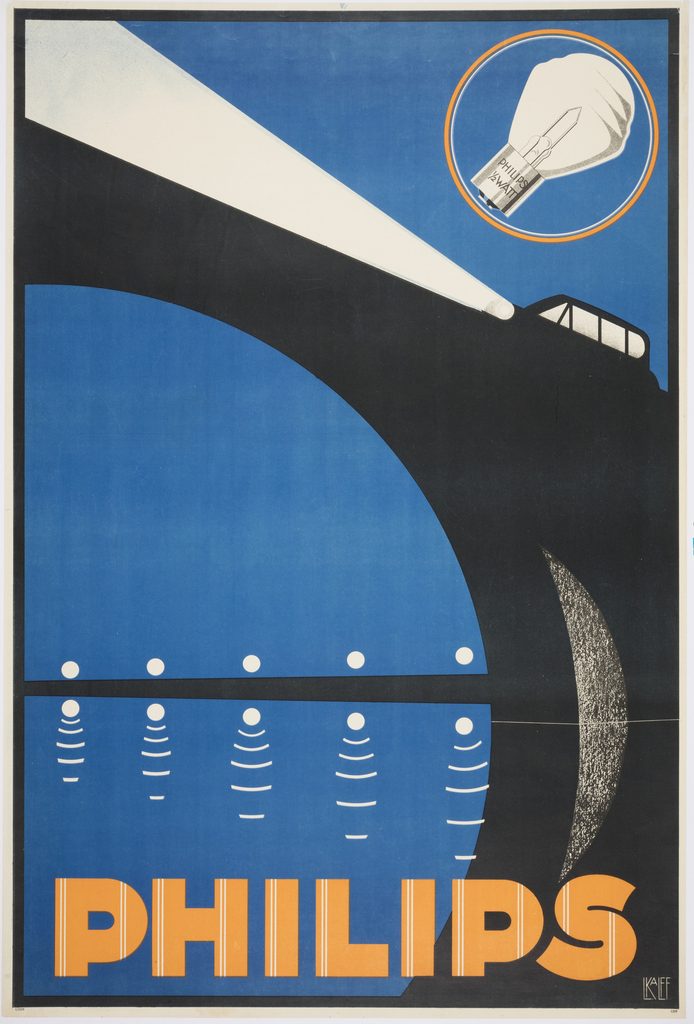 When Louis C. Kalff was hired by Philips in 1925, the company was one of the largest producers of lightbulbs in the world. Kalff created a brand identity for the company, including the iconic logo. For this poster, Kalff illustrated a car whose piercing bright headlights illuminate the scene. The stylized arcs and angles reflect a nuanced influence of Art Deco. The use of a narrative allows Kalff puts a clever spin on the traditional sachplakat (object poster), for he dispenses with a slogan and instead punctuates the scene with a detailed rendering of the product, a Philips lightbulb.