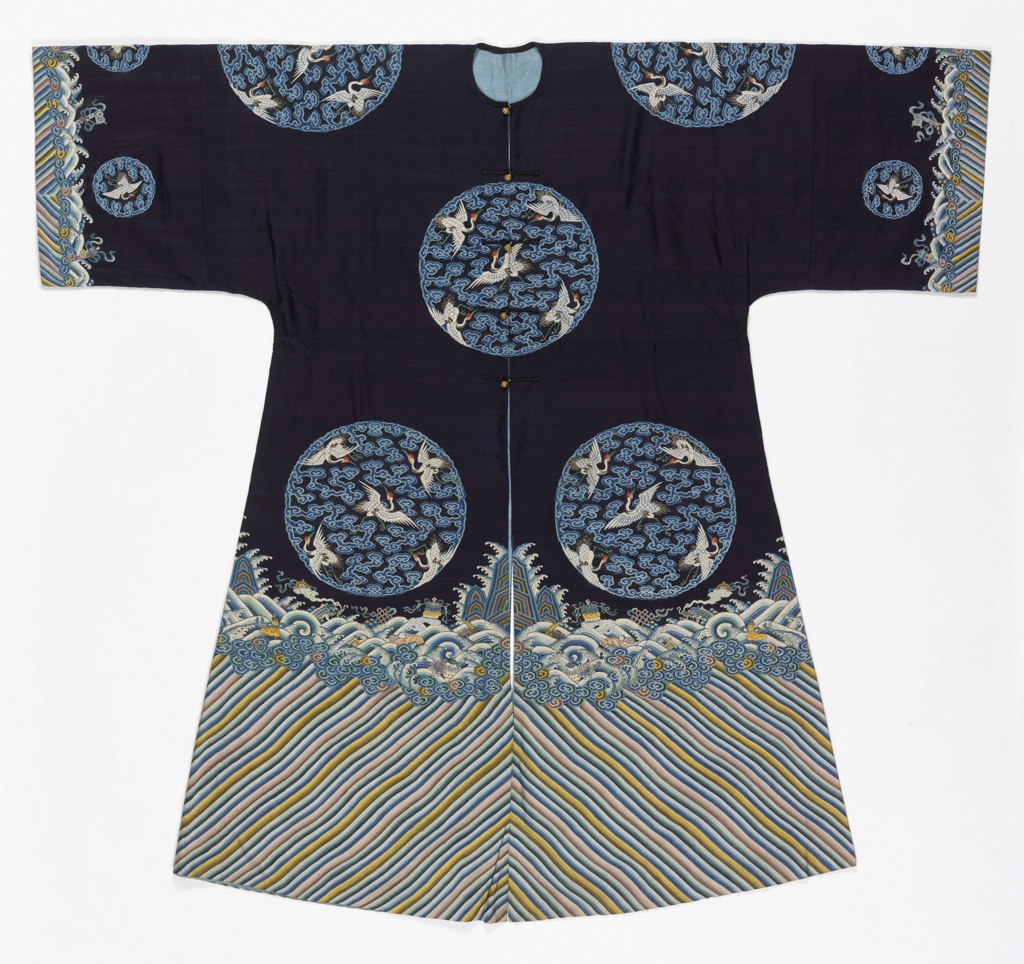 Posted by Rachel Silberstein on October 8, 2018

The high proportion of the lishui waves, the numerous auspicious objects scattered amidst the waves, and the rocks rising up to fill the space around the bottom roundels suggest that this garment dates from the late nineteenth century. Indeed, this gown bears comparison to an informal robe (bian pao便袍) and short jacket (magua馬褂) in the Palace Museum collection once worn by an empress or concubine of the Guangxu Emperor (r.1875-1908). Both are blue satin and embroidered with clouds and cranes.

Flying cranes sometimes suggested that the wearer was rising in rank, though here, like the rank badge in the Cooper Hewitt collection (1902-1-433), it seems more likely that the crane is employed as a symbol of longevity, making the robe suitable for wear on a birthday or a celebration of long life. This coat is cut in a central fastening with three buttons and, as a surcoat, it features straight cut sleeves rather than the horseshoe cuffs of dragon robes, so it could be worn over another jacket, robe, or sleeveless long vest.

← Lions, and Tigers, No Bears, Oh My!
Inspirations for Mad Men →