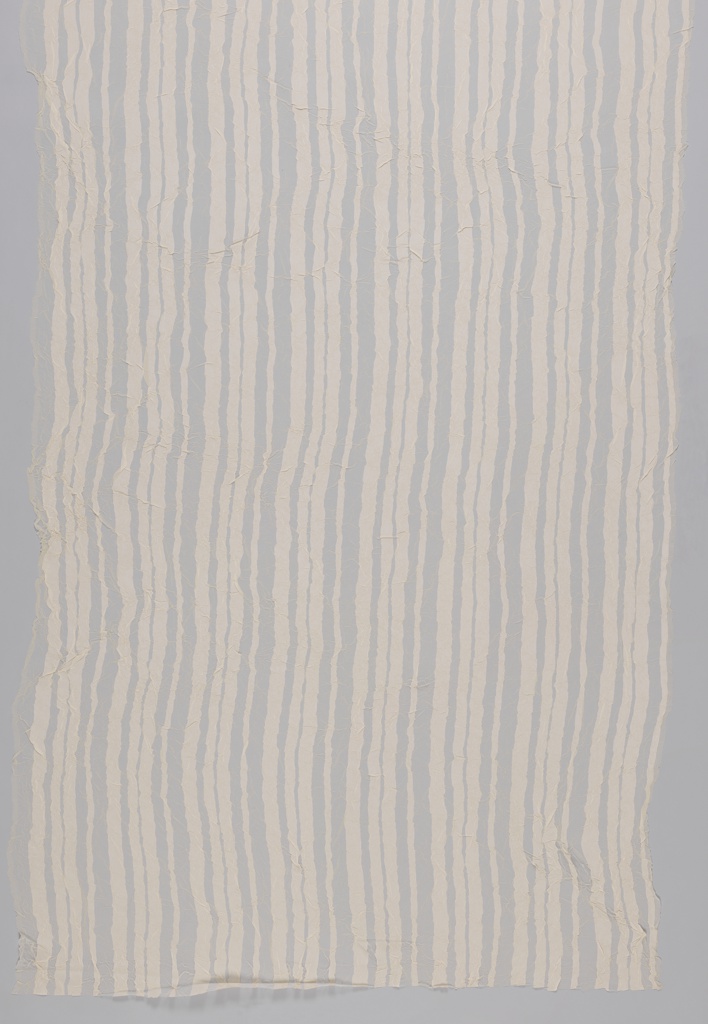 Relying on innovative technologies to produce unusual surface textures, Jack Lenor Larsen (American, b. 1927) created Gin Fizz using a heat set process, which ultimately transforms a two-dimensional plane into a three-dimensional pleated surface. In his travels to Japan, Larsen met and befriended one of the most important twentieth century textile designers, Junichi Arai (Japanese, 1932–2017), whose textile “wizardry” is legendary. Working with polyester and metallic yarns as well as a variety of traditional techniques that he combines with his own “craft”, Arai’s approach has influenced a generation of textile designers. Larsen and Arai certainly shared a love for transforming cloth and clearly inspired each other in these pursuits; however, Larsen was able to make textiles like Gin Fizz more commercially accessible than Arai’s often one-of-a-kind fabrics.

Interestingly, Gin Fizz was made by Rohi (founded 1933), a third generation family-owned company near Munich, Germany, whose specialty is working with major airlines and furniture manufacturers such as Knoll, Thonet, and Vitra. Larsen frequented smaller mills, like Rohi, which often had no minimums and were not afraid to experiment.

← Industrialization and Jewelry, Influences of the Machine
Up a Tree, Decoratively Speaking →