A Return to Classic Designs 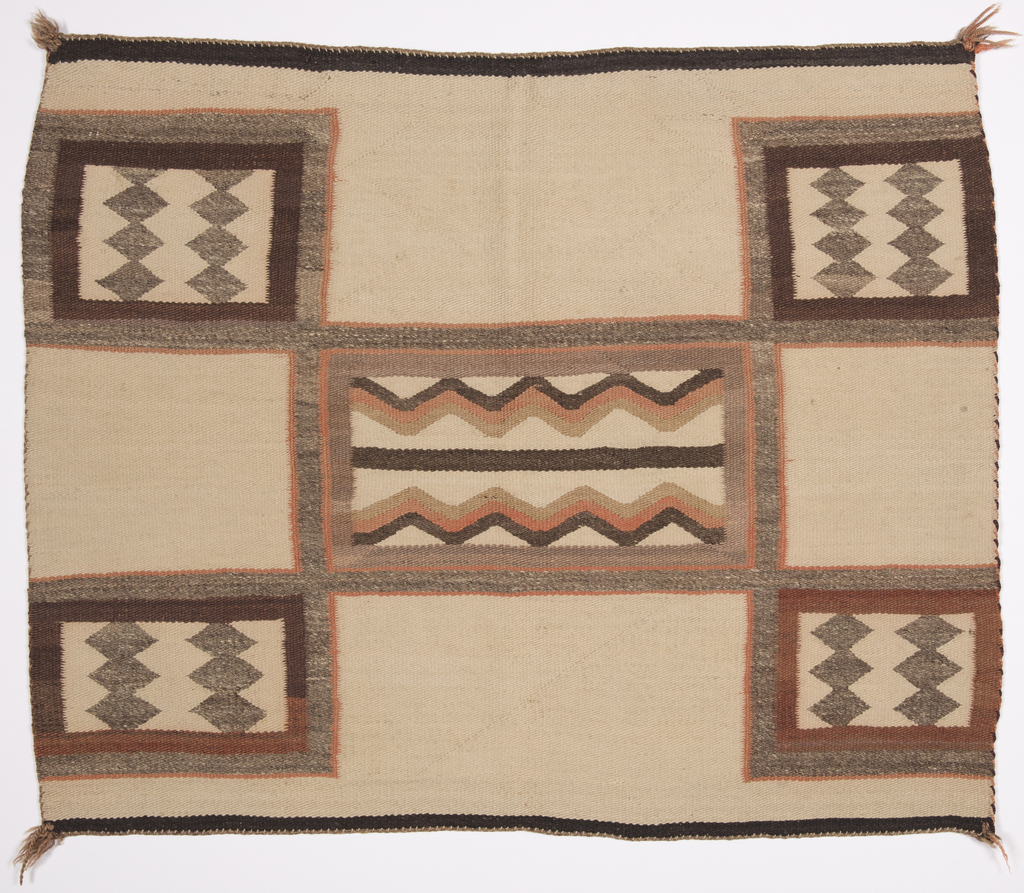 This single saddle blanket features five rectangles, each filled with the zigzag and diamond patterns the Navajo adapted so successfully from the Mexican serape. While in the 1870s and 80s these motifs were paired with exuberant use of color, by the 1880s some traders, such as J.L. Hubbell and C.N. Cotton, began to push for a return to natural colors and more classic designs. Hubbell’s advertising promoted this approach: “I have been at the greatest pains to perpetuate the old patterns, colors and weaves, now so rapidly passing out of existence even in the memory of the best weavers.”[i] This example features several shades of natural, undyed off-white, gray, and brown yarns, along with a soft vegetal pink.

Navajo weavers use hand-spun wool, worked in tapestry technique. Rather than work the full width of the fabric, the weaver completes one small section before moving on to an adjacent area. The edge of each working area is slanted, and these joins are called a “lazy line.” This piece is enlivened by many lazy lines throughout the off-white areas, along with dovetail joins at the edges of the rectangles.

Saddle blankets — placed under the saddle to protect the horse from chafing and pressure points– continued to be used by the Navajo long after handwoven garments became impractical. Throughout the 20th century, after the dramatic shoulder blankets which had made Navajo weavers famous were rarely made for local use anymore, saddle blankets continued to be woven for family use, barter with other native tribes, and trade with non-native ranchers and cowboys.

← Pearls for the Bride, a Lasting Tradition
A Perky Floral Stripe →