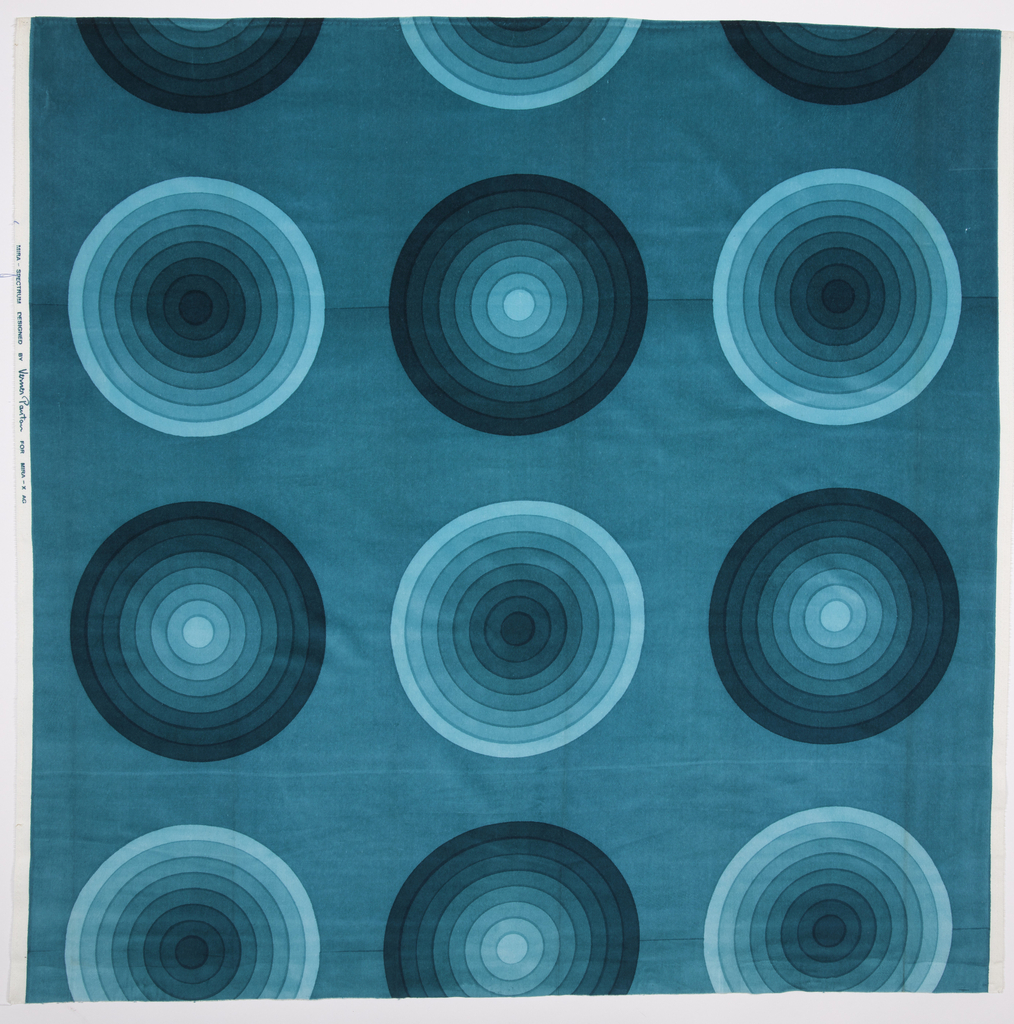 Verner Panton believed that color played a greater role than form in design. Fascinated by color theory and the physics of light throughout his life, he published a book, Notes on Colour, in 1997.

Decor I, Panton’s most successful textile line for Mira-X, was marketed as a total interior concept, whereby color would transform space. Released in 1971 at the Heimtextil show in Frankfurt, Decor I was a collection of cottons and cotton velvets printed in eight colors: orange, bright red, deep red, aubergine, mauve, violet, and turquoise. A ninth colorway utilized the entire spectrum. The collection included five patterns, based on the checkerboard, circle, curve, square, and stripe, each of which was produced in three scales. In each design, the color appears in eight degrees of saturation, from 15% to 100%. The large number of monochromatic variations empowered the consumer in the creative process, while transforming any space into an unmistakably Panton interior.

Although not commercially available until 1971, Panton designed Decor I in 1969 and used it in the 1970 Visiona 2 exhibition in Cologne, commissioned by German chemical company Bayer. Panton upholstered both walls and furniture, including the “seating area of the future,” Phantasy Landscape.

← Cocktails at Cooper Hewitt Returns June 21 to Aug. 9
A Sunflower of a Different Color →