The Smaller the Better 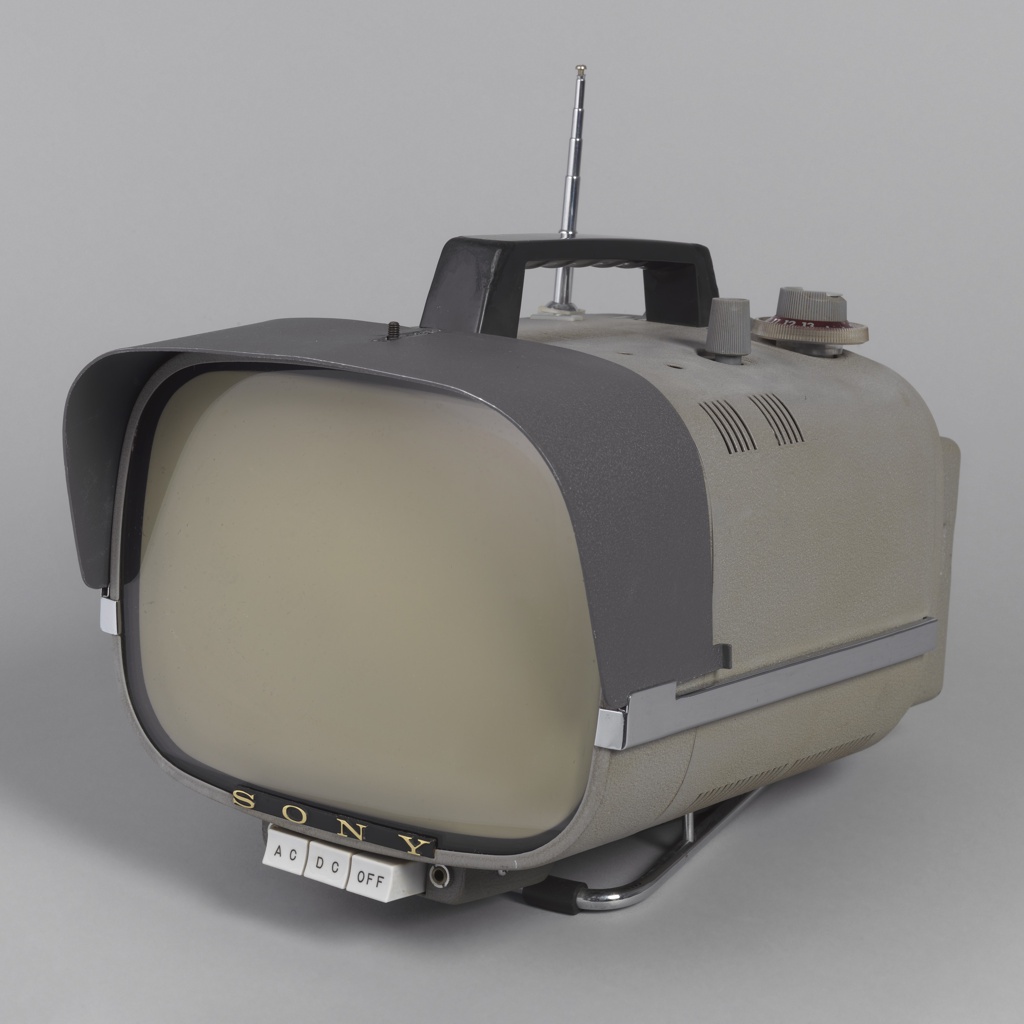 Wow! I remember thinking that as a youngster, when I first saw the slightly flickering black and white picture on the Sony portable TV at a friend’s house—on the patio. That was the last place I could imagine anything like a television, something I had previously experienced only as a piece of furniture in people’s living rooms.

The portable Sony TV8-301 marked several firsts in television history: it was the world’s first fully transistorized television set, the first direct-view transistor TV, and the first Japanese TV to be sold in the US. The set reflected the advanced technology of its day, in which transistors were used instead of vacuum tubes. This allowed the television to be small and portable rather than contained in the furniture-like cabinets of earlier television sets. Sony’s picture tube was mounted horizontally, allowing the picture to be viewed from all angles. The curved shape of the housing is derived directly from the tube; the designers removed any excess material to minimize the size of the object as much as possible. The black plastic handle is centered on the top for balance while carrying the TV, a weighty 12 pounds by today’s standards. The retractable antenna, for reception, was at the back left. There was no remote control at that time: the station selection dial and volume dial were conveniently on the top right, and three square white control buttons were in the front, under the picture tube. This set also introduced the now-famous style of the centralized SONY logo.

Akio Morita, the co-founder and head of Sony, did not believe in using market research to develop new products (a trait shared a couple of decades later by entrepreneur Steve Jobs of Apple Computer fame). Morita thought Sony was adept at creating consumer electronics and introducing them to the public. The TV8-301 is proof that his instincts were right. Marketing experts in the U.S. did not think small, portable television sets would sell, but the TV8-301 launched Sony’s television business. Two years later, Sony’s smaller model TV5-303 became a big hit with American consumers. The drive to miniaturize has continued, and today we watch digitally available TV shows (including 1960s reruns) on the go, on our wireless tablets and smart phones, in the palms of our hands!

The Sony TV8-301 can be seen in Bob Greenberg Selects, on view  in the Nancy and Edwin Marks Collection Gallery from February 23rd through September 9th, 2018.

Cynthia Trope is the Associate Curator of Product Design and Decorative Arts at Cooper Hewitt, Smithsonian Design Museum.
← Chilled But Not Diluted
Instant Photography Before the Internet →