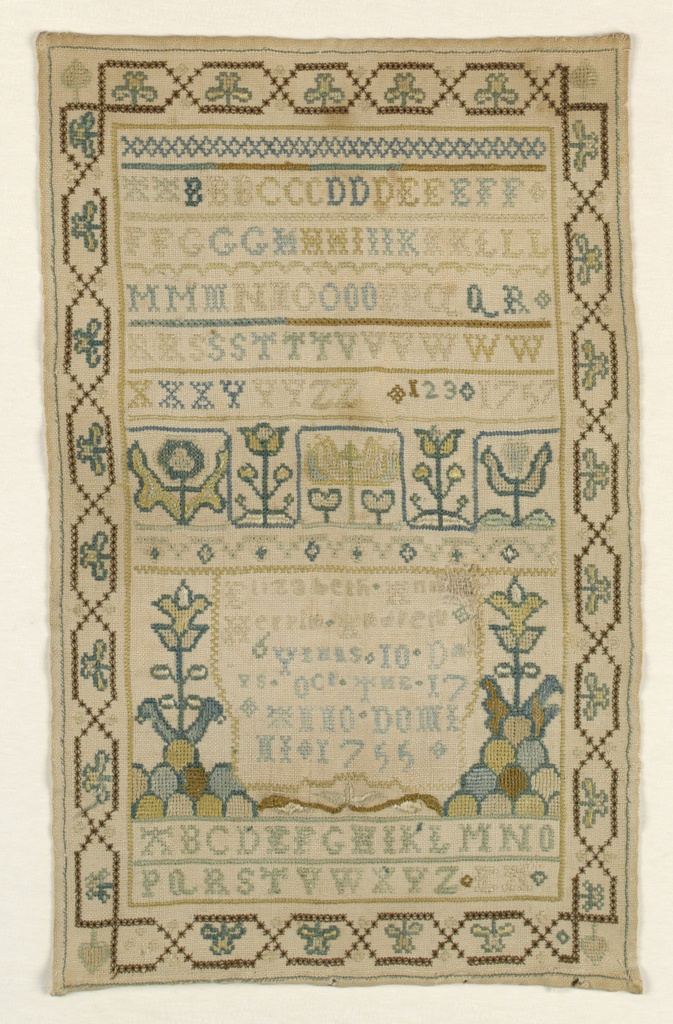 Posted by Jennifer Johnson on January 3, 2018

Elizabeth Ann Harpin Andrew was born on September 26, 1749, and stitched this sampler at the age of six. She ornamented her work with highly stylized floral motifs, framed with four-leaf clovers in a chain-link border. Elizabeth recorded the sampler’s completion date as October 17, 1755, and carefully calculated her age on that date as six years and ten days. Finishing her inscription may have taken slightly more time than she anticipated, however, since her actual age on that date would have been six years and twenty-one days.

Elizabeth’s husband had died by 1805, and in December of that year there was a notice in the Connecticut Herald declaring his estate to be insolvent. Elizabeth died in Bridgewater, Connecticut, in 1817 at the age of sixty-seven.

← Simple Materials and a Prickly Texture Raise the Question, “What is it”?
Fruits of all Stripes →