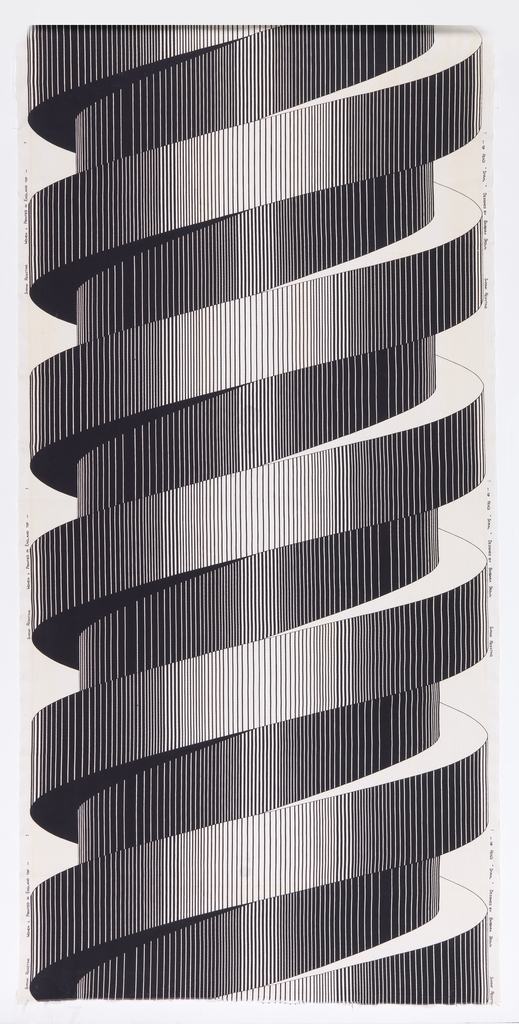 In the 1960s, Heal Fabrics was London’s most avant-garde textile producer, and Barbara Brown was its most prominent designer. Trained at the Canterbury College of Art and the Royal College of Art, she began designing for Heal in 1958 and continued into the early 1970s. Brown’s distinctive style pioneered the fashion for bold geometric patterns on an architectural scale. In the mid-1960s she began exploring trompe l’oeil and Op Art effects, playing increasingly with illusions of depth. Spiral was one of a series of large-scale, mechanistic designs in which she mastered her characteristic three-dimensional effects. Using nothing but simple, graphic, black and white lines, she creates a spiraling column of striking dimensionality. It won the United Kingdom’s Council of Industrial Design Award in 1970.

← Learning to Sign
The Universality of the Immigrant Experience →

One thought on “New Depths”

Love this textile and the information about Barbara Brown.
Hate that the copy editor didn’t read the text before publishing.