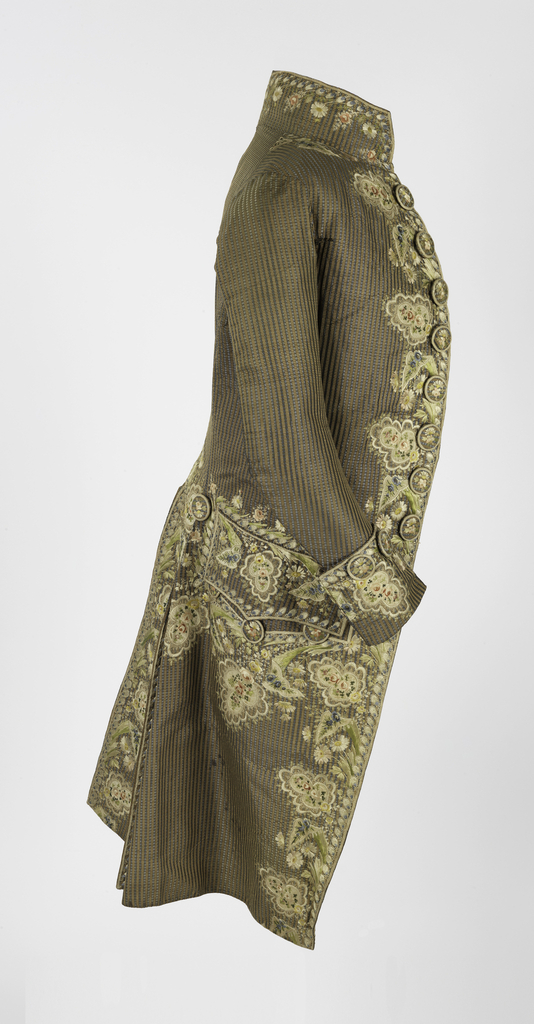 This opulent coat, called a habit, was the primary component of the habit à la française, the predecessor of the three-piece suit that also included a waistcoat (vest) and breeches. This type of outfit, often rich with embroidery, would have been donned for formal events during the decades before the French Revolution. This example was likely the product of a clothing workshop where men wove patterned silk, female embroiderers embellished it, and master tailors cut the coat and assembled it to order. The cut of this coat suggests a flowing and forward-leaning movement, which would have enabled graceful posture and gesturing, crucial skills in French high society. Its slim fit and slight outward curve from the mid-chest to the knee would also have enhanced maneuverability, an effect that eventually evolved into coattails. The design consists of a variety of floral arrangements on a foundation of ribbed silk with a woven pattern of brown and green stripes.

← Living Jewelry
Textile Designs from a Time of Transition →