Buttons – An Expression of Curiosity 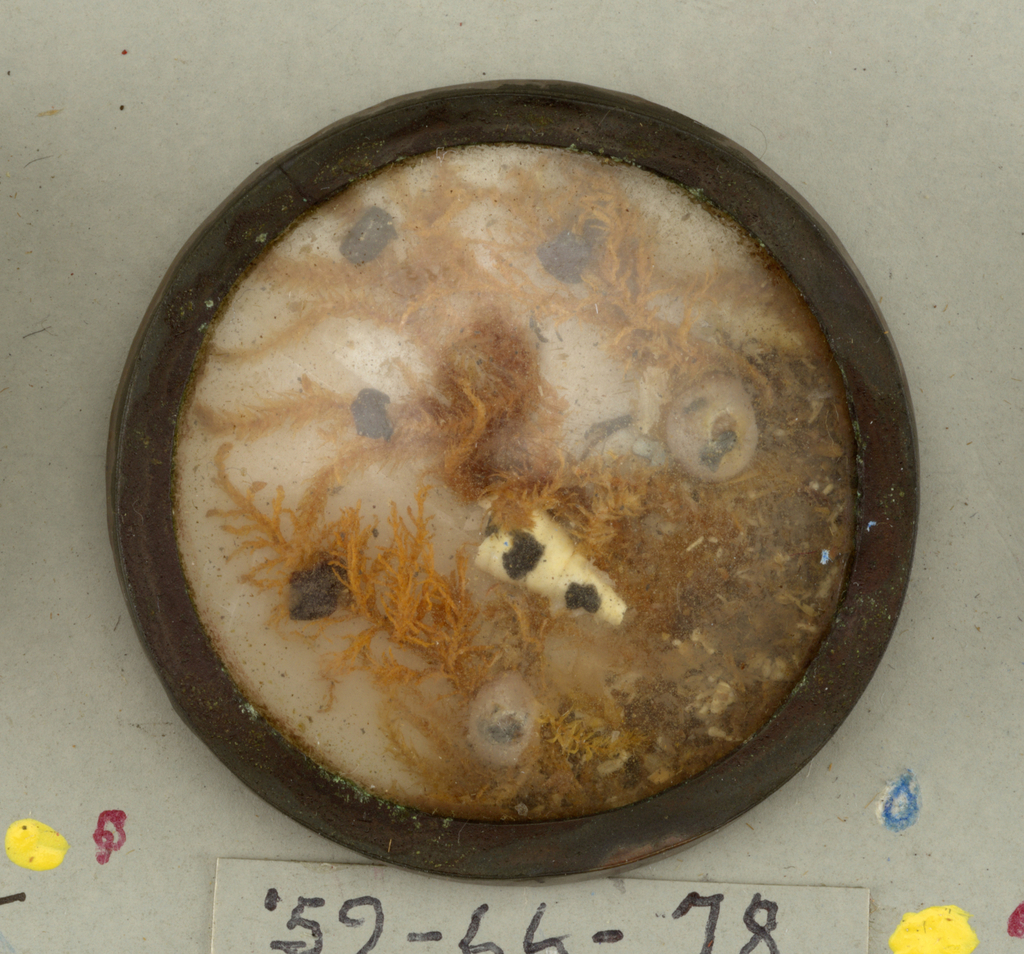 This button, from a set of nine, offers the viewer a chance to peek into the age of Enlightenment, a period of time when the human mind was breaking free from the constraints of the Church and the limitations of the Middle Ages. The Renaissance, primarily spanning the fifteenth through sixteenth centuries, is often thought to be the period of time when great advances in the arts and sciences were taking place, yet there was still significant suppression of individual free thought. This was true until the seventeenth century, when the Age of Enlightenment, with its focus on science and rationality, emerged. That period saw the rise of men of science who refuted theological teachings and pushed against the restraints that restricted learning on every level. Enlightenment began with the scientific revolution and affected every level of society by placing an emphasis on change, understanding, questioning and learning.

The Enlightenment lasted from the mid-seventeenth through the eighteenth centuries, and created among its adherents a great interest in collecting specimens of all things natural, from insects to whale bone, the very small to the very grand. Collectors sought the rarest examples of rocks, shells, insects, and the like, or items like cups, knives or jewelry featuring these curiosities. Avid collectors dedicated spaces, called curiosity cabinets, to their collections. Depending on the standing of the collector, these spaces ranged from small cabinets to entire rooms. Placing items under glass domes was a common way to preserve and display them in a collection.

Although notable men like Descartes, Voltaire and Newton in Europe and Franklin and Jefferson in the United States were associated with the movement, this period of rationality encouraged learning and discovery among women. Women were known to form their own collections, often picking up specimens along the shorelines near their homes. These motifs were even translated into fashion as leaves, flowers and even seaweed became patterns for fabrics used for dresses.

Buttons like these are much like miniature display cases and could easily have been applied to either men’s or women’s garments as decorative elements. These display buttons built upon the notion of “habitat” buttons which emerged during the years following the Renaissance and were a form of keepsake, housing dried flowers or locks of hair under glass. Made in France during the eighteenth century, this group of buttons in the Cooper Hewitt collection feature small views of naturalia, and are fine examples of how an idea and practice from society at large could be distilled to its essence and successfully applied to the decorative arts.