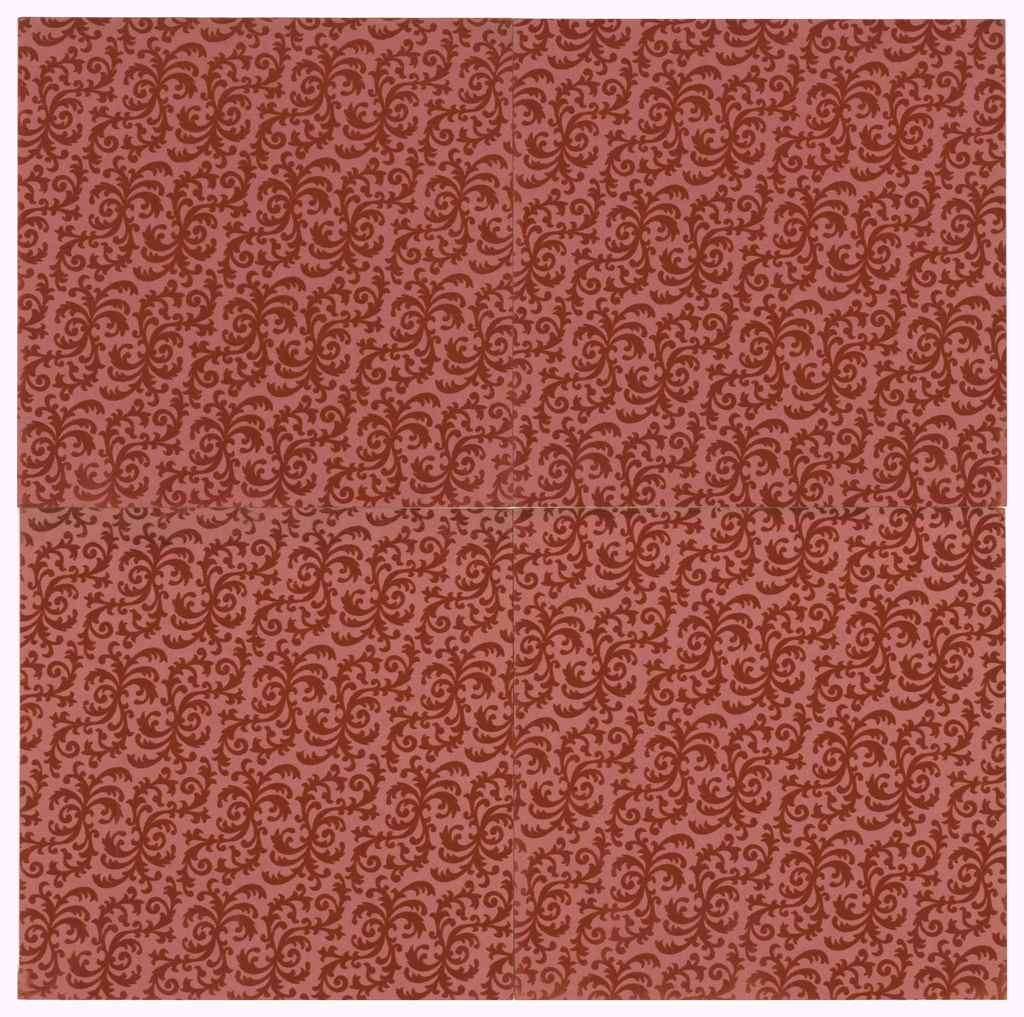 Posted by Gregory Herringshaw on August 4, 2017

Here is a fun wallpaper that would have appealed to the do-it-yourself market. This is wallpaper sold in squares rather than the typical roll. Like the vinyl floor tiles sold as an alternative to the rolls of linoleum. Wallpaper squares were marketed as being easy to apply, no special tools or talent required. Each square or tile was one repeat so you didn’t have to worry about matching the pattern. Each of the tiles also came pre-trimmed so there were no selvedges to cut off. Some even came pre-pasted so all you had to do was dip the square in a bucket of water to activate the paste.

Wallpaper tiles were introduced in 1952 and remained on the market into the 1980s. A number of manufactures joined this do-it-yourself craze by marketing wallpaper squares. Du Pont introduced a line in the late 1970s, and demand was so great they offered four new patterns in 1981.

The wallpaper tiles ranged in size from twelve to fourteen inches, with the Cooper Hewitt’s tiles measuring in at 12. The image you’re seeing is four tiles placed together to show how the repeat works. From a distance the pattern looks great and appears almost seamless. But when I zoom in I can see the pattern doesn’t really continue from one tile to the next. I thought I had them all oriented in the same direction. But maybe that’s the point. The tiles can be hung in any direction and the pattern continues well enough that nobody is going to notice except me, the wallpaper curator. Given the fact these squares remained popular for a good thirty years says a lot. A quick Google search shows wallpaper tiles are still available today, and can now be purchased in a removable format, so tiles can be easily peeled off the wall and moved somewhere else, prefect for renters or other temporary applications.

A shout out to Denis Vincelette if you’re reading this.

← Cooper Hewitt Short Stories: A Manor of Collecting
Harmony in the Work of Byung Hoon Choi →