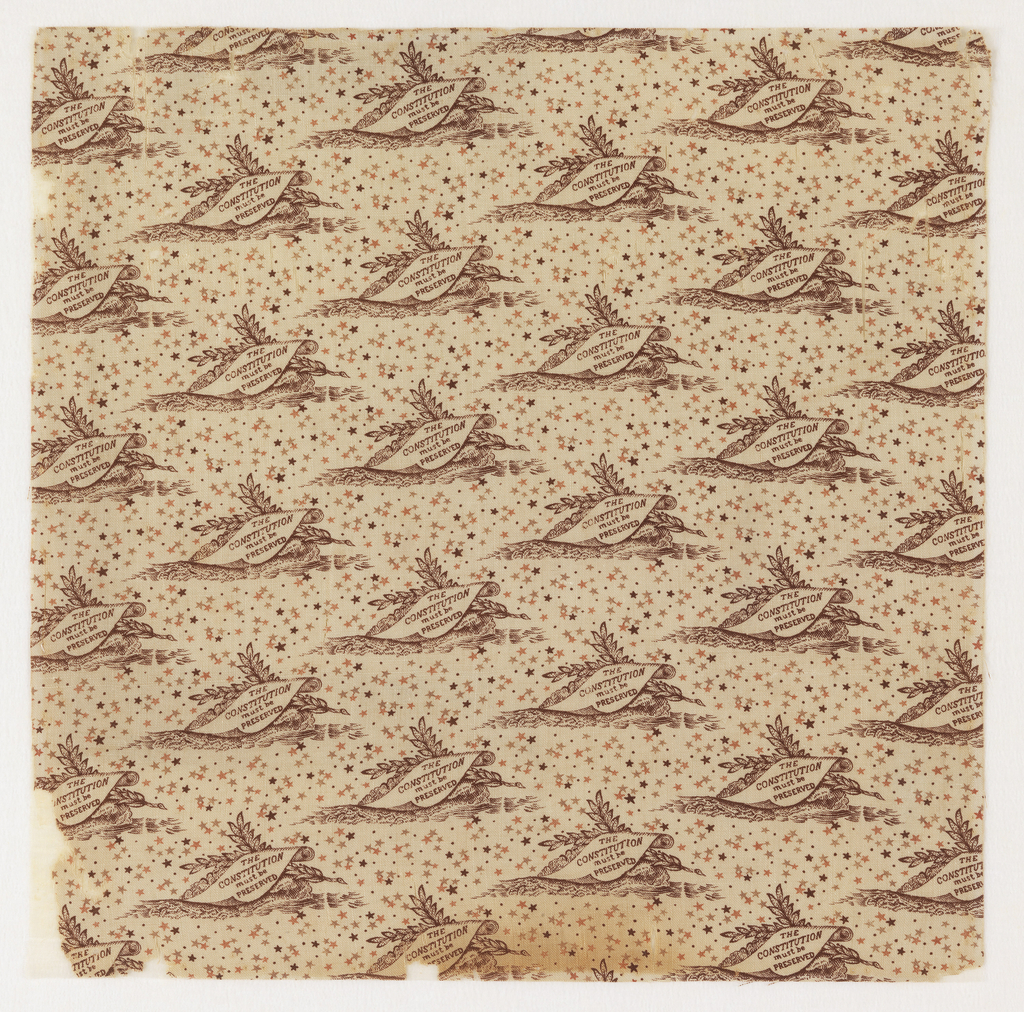 This printed cotton calico featuring the slogan “The Constitution Must Be Preserved” was produced for the presidential campaign of Tennessee senator John Bell, the Constitutional Union Party’s candidate in the contentious election of 1860. The party was formed in 1859 by former Whigs and members of the Know-Nothing party to attempt to bridge regional tensions by supporting the preservation of the Union without regard to the slavery issue. Bell was, himself, a slave owner, but opposed the expansion of slavery into the western territories – which was also the official position of the Republican Party, although many Republicans favored the total abolition of slavery. Bell garnered only three states and 39 electoral votes, but the election split the vote four ways, dividing the formerly dominant Democratic Party into southern and northern factions, with John C. Breckinridge representing the South and Stephen A. Douglas the North. The Republican Party’s candidate, Abraham Lincoln, was elected with only forty percent of the vote, and without the support of a single southern state, paving the way for the American Civil War.

← From Parthenon to Pippa
Shared Travel Memories, and Fireworks! →