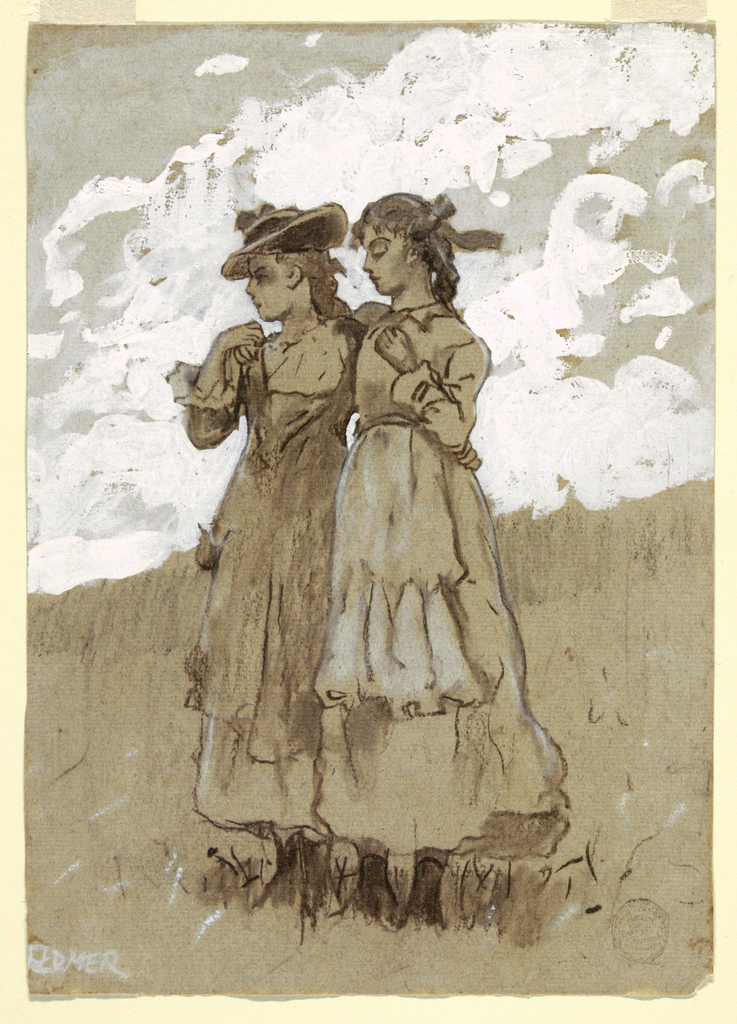 Winslow Homer, an artist best known today for his facility with watercolor and beautiful seascapes, started as a largely self-taught, freelance illustrator. His skill gained him a position working for the popular mid-19th century periodical Harper’s Weekly. While working for Harper’s, Homer became intimately acquainted with the Civil War. He was sent to the front, traveling and living among Union soldiers, documenting battles, and capturing the daily rigors of the army. The Civil War changed the United States indelibly, causing a shift in the self-perception of its citizens. Artists, responding to the trauma and uneasy reconciliation of the war and its aftermath, attempted to convey the mixed emotions felt during this time of transformation.

After the war, Homer’s work shifted more heavily towards painting, and his subject matter centered on moments in the lives of citizens. Two Young Girls, dated 1878‒79, depicts an intimate moment between two girls who stand in a lush meadow beneath a swarm of white clouds. The girl on the left seems to be gazing out with determination as she clutches the arms and waist of her companion. The girl on the right appears to have her eyes closed, or is perhaps gazing towards the ground. This moment between friends projects a message of candid reassurance and hope, themes that indicate a new turn in the post-Civil War visual culture of the United States—a message that is needed in present time to overcome the divisions in our nation today.

← Maine, [re]visited
From Parthenon to Pippa →