A Miró of Your Very own 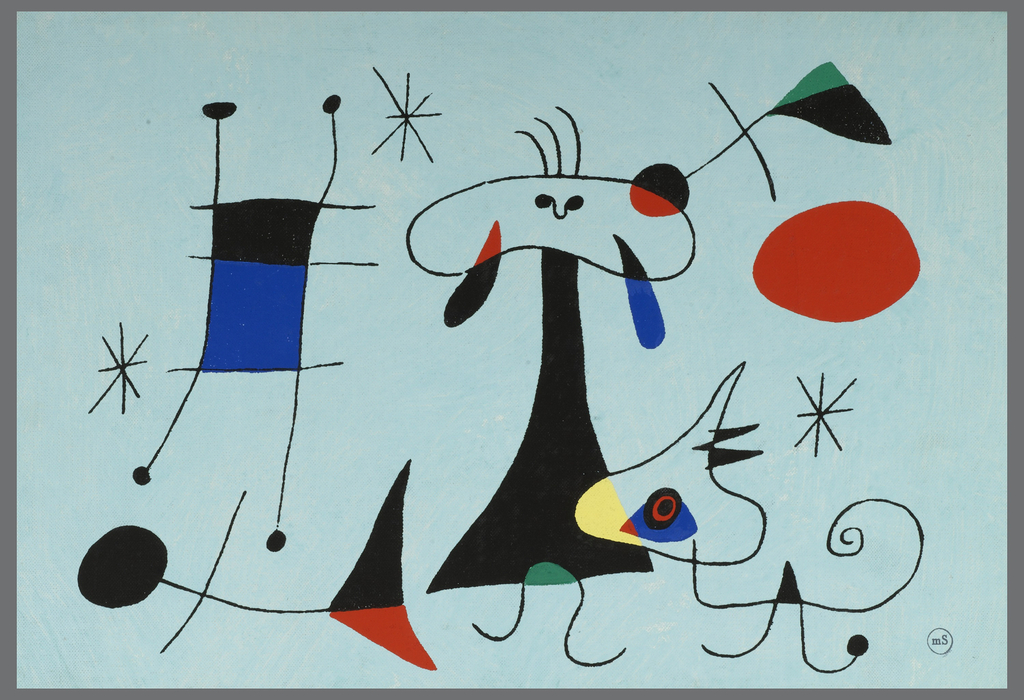 I have always been a fan of modernist painter Joan Miró. I admire the naiveté and reductive quality in his work, along with his use of bold colors, and his disregard for perspective. Also the way he overlaps elements in his designs and his use of positive and negative spaces. All of these come to life in his mural El Sol.

Miró was one of four artists commissioned by Katzenbach & Warren to create an original work of art that would be reproduced in limited edition silk screen prints. The other artists included Henri Matisse, Alexander Calder, and Matta. This was a bold move, which I’m sure came at great expense to the company. Many of the wallpaper manufacturers were hurting financially following the war as they could not create new patterns during the war years as the metals required for making printing rollers and the silk needed for silk screens were all directed to the war effort. Following the war manufacturers needed a way to get the public’s attention and say “Hey, we’ve got some great new designs, come take a look.” What better way to do this than with designs by renowned artists, probably all of which were household names. This same trend was widely seen among German manufacturers, who most likely had a more difficult time getting reestablished. The full-size mural measured four by six feet so could easily fill a wall and become the focal point of a room.