Tension on the Wall 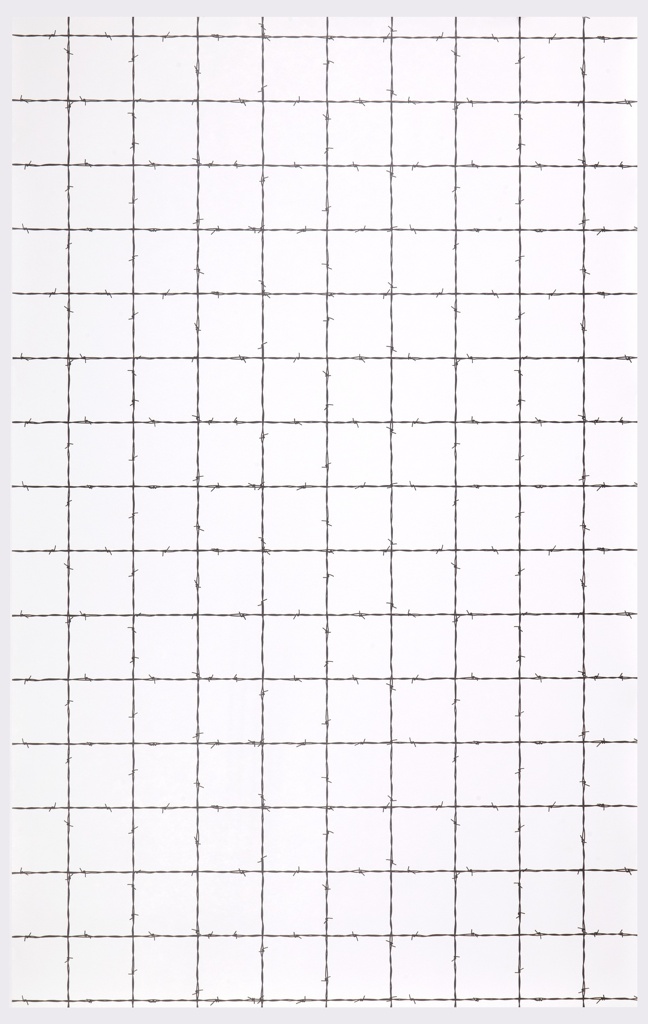 Posted by Gregory Herringshaw on June 8, 2017

The use of common, mundane materials creates a contemporary rendering of a traditional pattern in this wallpaper. “Barbed Wire” creates a window pane plaid design by the crossing of wires at right angles. The plaid design, a common wallpaper motif with collection examples dating back to the early nineteenth century, has been interpreted in a great variety of ways. The design can be created simply by the crossing of two printed lines, or can be represented as a textile imitation with a simulated weave. It is frequently used as a trellis pattern overprinted with vines or roses.

The plaid design became quite popular mid-twentieth century with numerous fabric interpretations, as seen in examples by Dorothy Liebes as well as other designs in the collection. In this example, the use of barbed wire as a decorative motif creates an inherent tension between the aggressive nature of the wire and the passive nature of the wallpaper.

“Barbed Wire” was the first design created by Rinekwall, founded by John Rinek and Dana Agamalian in Costa Mesa, California. Rinek was a photography major at the University of California at Berkeley, while Agamalian works as an interior designer in both commercial and residential settings. Their designs include a variety of flora and fauna, crystal formations, mosaics, and elements such as water and earth. All of their designs are photographically captured and digitally printed.